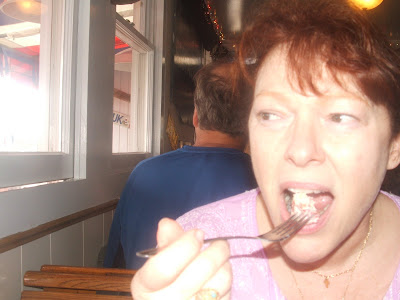 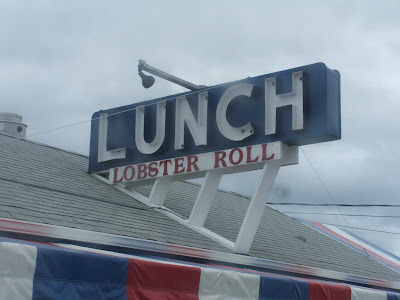 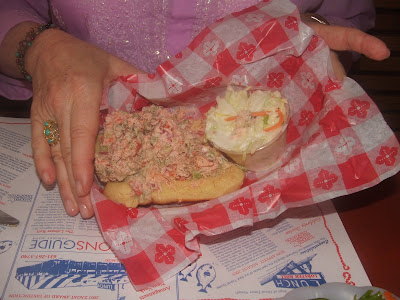 Lobster Roll (or LUNCH as it is sometimes known due to the large sign saying the same) in Amagansett is a kind of folk restaraunt that has all the lure for Long Islander that the Algonquin Room might have for a Manhattanite. In other words, it is the embodiment of a certain kind of regional character and attitude. Indeed, some of the placemats have reviews written by an eclectic array of celebs including Pele, Marah Carey and the like.

With Lobster Roll/LUNCH that is an adherence to some of the cultural aspects of being a Long Islander including a folksy approach to seafood, a boisterous atmosphere and a salute to the lore of sportfishing. Lobster Roll certainly represents all of these Long Island ideals and traits in spades.

The Lobster Roll is of course the main attraction and it overshadows most of the cuisine for obvious reasons. It is very delicious, but I prefer the fried oysters which are more like a light tempura than the heavy handed type you might see in most diners and lesser informal eateries on LI.

The worst thing about LR/LUNCH is the price. Lunch at LUNCH can be an expensive proposition without anything more than a couple of entrees and a couple of glasses of wine. In other words, it is overpriced. The effect of this is deflating and curtails a wonderful experience into a merely good one...
Posted by markandlynnarefamished at 7:57 PM