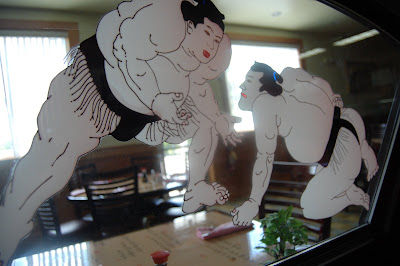 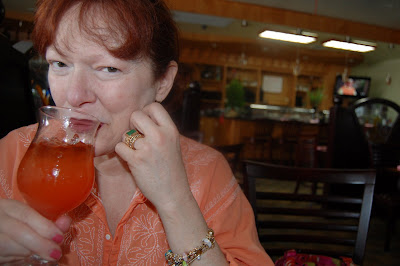 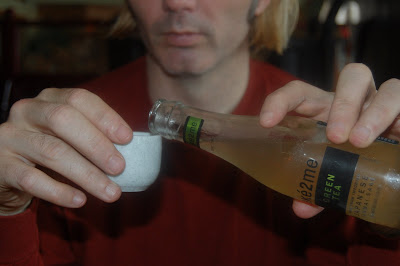 The state of Chinese Restaurants on Long Island (especially Suffolk) is pretty dreary. There are plenty of serviceable places (especially if you want a quick, cheap, reasonably healthy fix for lunch), but for something a cut above basic take out fare?
Well, you are mostly out of luck...Mark and Lynn had reasonably lowered expectations when they tried out the Golden Star in Medford off busy, stressful Highway 112.

To our mild surprise, we had a pretty good sit down experience. The place has a real commitment to Oriental decor and the roomy, near cavernous interior insulates it nicely from the angst of one of Long Island's most stressful roads. The service was good, but somewhat programmed. Lynn had a nice Mai Thai and I had some OK sake. The food was a bit of a mixed bag; Lynn's vegetable dish was served with far too much of a heavy, garlic sauce. My steamed vegetables were serviceable, but hardly anything different than what you might get at an anonymous Chinese take out joint.

I suspect that the Japanese food might be more satisfying. We had a nice seared tuna salad of the Japanese side of the menu which was much more along the lines of our taste in Oriental food.

Golden Star gets most of its points from its fun interior...Not a destination place, but if you are in the mood it would be fine. It also might have appeal for family dining or a place to go out with a large group with a variety of tastes and appetites...