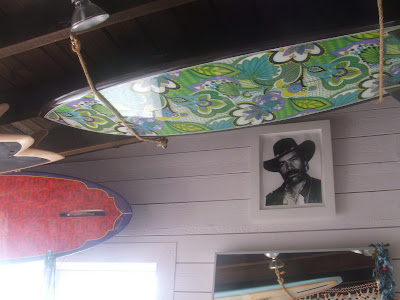 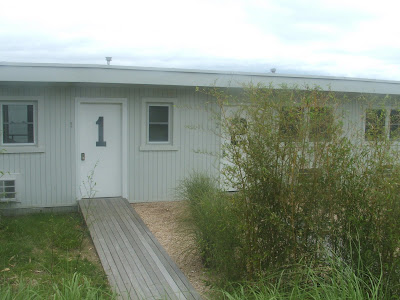 Surf Lodge in Montauk is one of the hipper, new places on the South Fork of the East End. With a restaraunt helmed by Top Chef alumn Sam Talbot and with 32 rooms on Fort Pond, this is one of the places to watch on the East End. The place has evidence of being achingly hip (surf movies run 24/7 in the lobby, there is a Tracy Feith store selling vintage stuff next door).

The staff is very sweet, but we came at an odd time (around 3:30) so there was some confusion about whether the place was serving food or not (they were not). We, who had not eaten, thought it better not to have a cocktail, so we left and hoped to try out the place later.
Posted by markandlynnarefamished at 5:06 PM