Mark and Lynn Sneak in Adare Manor to have a drink...Part 3 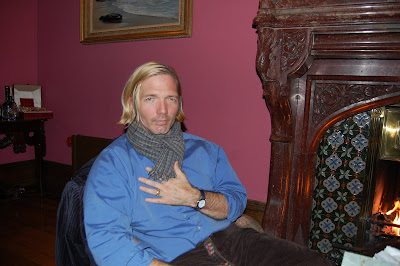 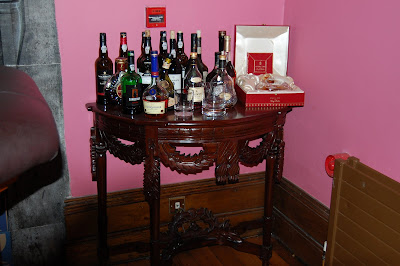 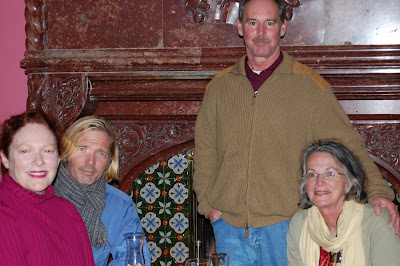 For most of our trip we stayed at Adare Manor in Adare, Ireland. This manor dates from the 19th century and has a storied history. The Wikipedia entry reads as follows:

"Adare Manor is a 19th century manor house located on the banks of the River Maigue in the village of Adare, County Limerick, Ireland, the former seat of the Earl of Dunraven and Mount-Earl, now a luxury resort hotel - the Adare Manor Hotel & Golf Resort.

The Quins, whose ancestors were Chiefs of the Clan Hy Ifearnan, gave their name to Inchiquin and also became Earls of Dunraven, and are one of the rare families of true Gaelic origin in the Irish peerage. Thady Quin (born 1645), who settled in Adare, County Limerick, was the ancestor of Valentine Quin who, between 1720 and 1730, built the first Quin manor at Adare by the River Maigue.
He was the grandfather of Valentine Richard Quin (1732 - 1824), 1st Earl of Dunraven. Windham Henry (1782 - 1850) married an heiress from Wales, Valentine Richard Quin, MP for Killmallock (1799 - 1800), who was created a Baronet of Great Britain in 1781 and was raised to the peerage in 1800 as Baron Adare of Adare. He was advanced to a Viscountcy in 1816 as Viscount Mount Earl and became Viscount Adare and the first Earl of Dunraven and Mount-earl on 5 February, 1822. He had presumably chosen the title of ‘Dunraven’ in honour of his daughter-in-law, Caroline Wyndham, who had married his eldest son in 1810. His earldom lasted only two years and in 1824 his son, Windham Henry Quin, became the 2nd Earl of Dunraven and Mount-earl. The family name had officially become Wyndham-Quin in 1815. Gout prevented him from following the gentlemanly pursuits of fishing and shooting. Instead, with his wife, he rebuilt his home, turning it into a colossal Tudor manor. They built the new house around the existing one, which had to be demolished when the work reached its final stages.
Valentine's son, Edwin, 3rd Earl of Dunraven, designed the garden. He was a prominent archæologist. Thady Wyndham Quin, 7th Earl of Dunraven (b. 1940), unable to bear the expense of maintaining Adare Manor, sold it and its contents in 1984 for a reputed 2 million. The house was purchased by Irish-American businessman Tom Kane and converted into the Adare Manor Hotel. Thady Quin, who was crippled by polio while a schoolboy, lives with his family in a nearby house called Kilgobbin House.
The house is set on a 840-acre (3.4 km2) estate and now operates as a five star hotel, featuring the Adare Golf Club, Elemis Treatment Rooms, Townhouses and Villas on the rest of the resort. President Bill Clinton stayed in Adare Manor in September 1998. The Manor was voted Ireland's leading hotel in 2006 in the World Travel Awards."

In any event, we managed to get a nice drink there the last night we stayed and soak in some of the ancient charm of the place.
Posted by markandlynnarefamished at 5:39 PM