Turning Leaf will impress your annoying and ungrateful relatives! 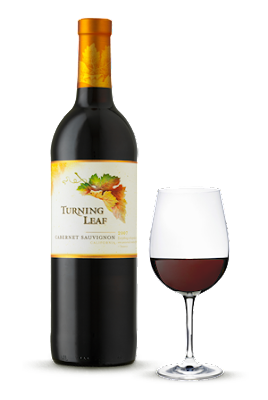 Just in time for Thanksgiving we got the chance to sample some of Turning Leaf's 2008 vintage which is, in our opinion, a perfect set of wines in every way. The Chardonnay is predictably a perfect pick for the holidays, but it is the reds that surprise here with notes of brown spice and rich, sensual fruit that make them a surprisingly appropriate complement to the flavors of the season. And, at 8.00 a bottle you could easily buy a case and enjoy the rest for the duration of fall and even winter.

Interview: Tom Gjelten's book about Bacardi looks at the intersetcion of Bacardi Rum and Cuban politics... 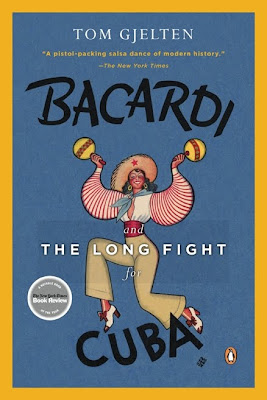 Journalist and NPR Correspondent Tom Gjelten's book Bacardi and the Long Fight for Cuba: The Biography of a Cause (Penguin) is an interesting work about the ironic intersection of politics and spirits. The family behind the nearly 150 year old Bacardi were politically influential in Cuba and were consistently on the side of progressive politics. Mark and Lynn were lucky enough to speak to Mr. Gjelten about his book and the influence of Bacardi on the spirit world. MLAF: What is the identify of Bacardi in the world of spirits? Is it well respected? A tawdry relation?

TG: "It’s well respected – its awesome commercial success is unquestioned and enviable – but I would say it’s seen as a bit aggressive in its competitive style. The best example is the way it has taken on Pernod Ricard over the Havana Club trademark. Among connoisseurs, light Bacardi rum (what you most often see) is not considered a very remarkable spirit and Bacardi 8 – the top of the line product – is seen as overpriced for its quality. I would say that premium rum drinkers tend to favor some of the lesser known brands – Barbancourt ( Haiti ), Flor de Caña ( Nicaragua ), Zacapa ( Guatemala ), etc..."


MLAF: If there was no Bacardi would rum be important?

TG "Interesting and unanswerable question. Without a doubt, Bacardi made rum a far, far more popular drink than it was previously precisely because the Bacardis were the first to make a rum that could work in a cocktail. The rum-and-coke, Daiquiri, and mojito were all created originally with Bacardi rum (in Cuba ), but that someone else could have produced a light, mixable rum that would eventually have become just as important is certainly possible. There was a mad scramble in Cuba in the mid to late 19th century to produce a more marketable, popular rum. It’s just that Bacardi got there first."

MLAF: When you are in the liquor store what do you think of when you see a Bacardi bottle?

" TG: At this point, having invested way more of my life in this book than I ever intended, I would be happy never to see another bottle of Bacardi as long as I live. But that’s not Bacardi’s fault."

More about the author at
www.tomgjelten.com
Posted by markandlynnarefamished at 5:04 PM

The Oar House in Dubln satisfies with nice Tapas and Seafood... 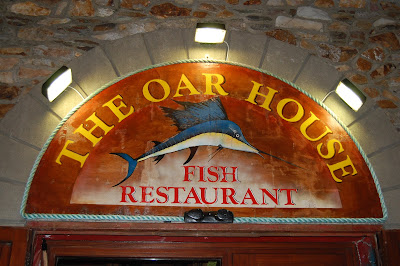 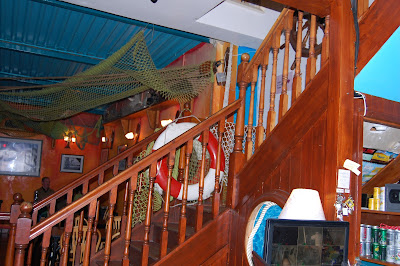 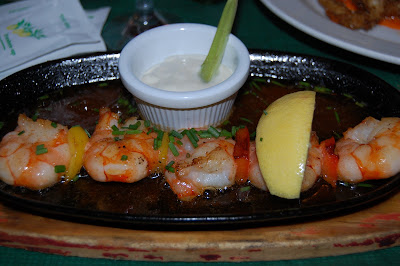 The Oar House in Dublin is one of the best combinations of all that is good in Irish food; good, creative use of traditional ingredients, a lot of variety without stooping to gimmickry and a casual atmosphere that radiates charm and good will.

The restaraunt has a raffish charm befitting its placement along a rugged wharf. The insides are covered with nautical themed decor which makes it quite colorful...
Posted by markandlynnarefamished at 3:51 PM

The modest charms of Bia in Adare 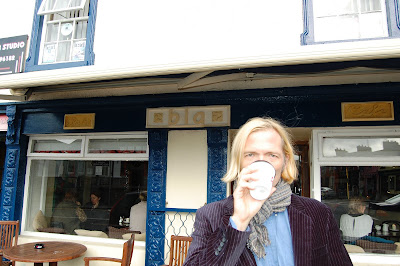 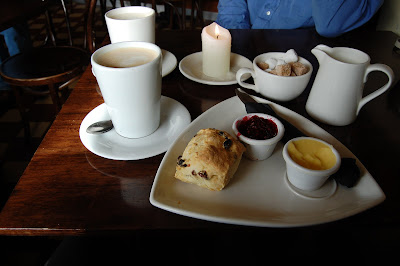 Bia in Adare was a little breakfast place we discovered somewhat too late to fully enjoy. We ate there on one of our last days and they had nice, simple breakfast selections like smoked salmon and grainy toast. Nothing new for us at that point, but the humorous proprietress and the strangely blaring pop music made for a different kind of experience for us. Nothing to write home about, but charming in its own way...
Posted by markandlynnarefamished at 2:24 PM