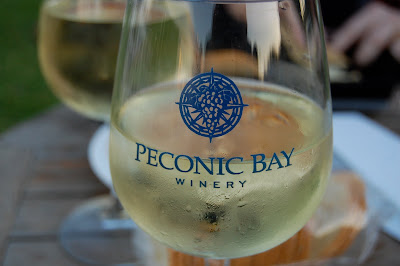 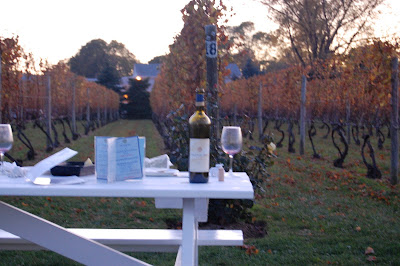 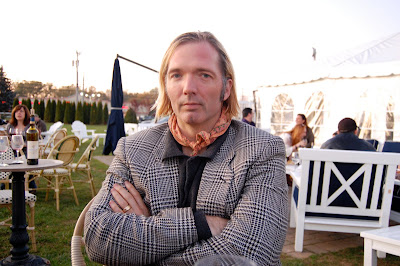 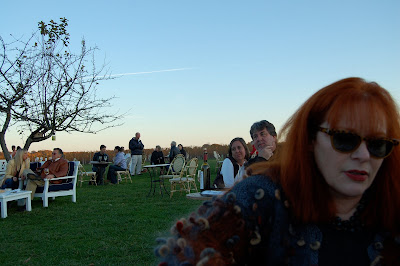 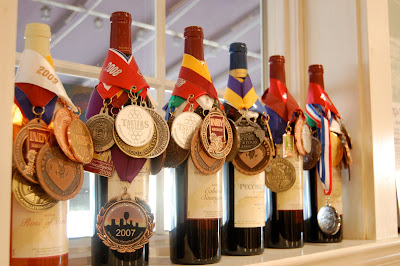 We recently went to the Peconic Bay Winery near us on and enjoyed some of their award winning wines, most notably the 2007 Steel Fermented Chardonnay which was had a nice warm feeling on a crisp late afternoon/early evening. According to the vineyeard's website the wine has flavors of orange peel, tropical fruit and pear. The orange peel flavor made it nice and appropriate for the fall. The winery is also emphatic in mentioning that the wine "has never seen the inside of a barrel" (I am paraphrasing). This is in line with the fact that oakey Chardonnay is not much in fashion (Chardonnay isn't either, but that is neither here nor there).

Nonetheless, despite all of this fussy PR, the wine was very good and the day and early evening was clear and beautiful.