The Front Street Brewery in Wilmington, North Carolina is not one of Mark and Lynn's favorites... 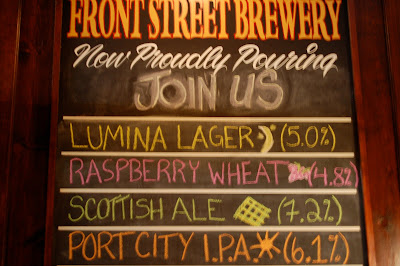 Mark and Lynn went to the Front Street Brewery and it was weirdly bad. Mainly, the atmosphere was particularly off-putting. First off, one of the televisions was playing a mid-day soap opera. Second, the hostess seemed oblivious to us for a couple of minutes before she snapped to and seated us (without offering a booster seat-we were with our grandson Jackson). 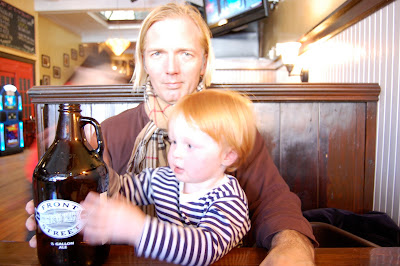 The food was adequate, but not much more than that. I had the garden salad with seared tuna; the tuna was mealy and undercooked. Very forgettable. Lynn had the prize winning Chocolate Java Stout which was far too chocalately (I know, I know!).
My vodka martini was decent, but completely forgettable; not unlike the FSB itself.