Crow Hill is not perfect but it is our favorite restaurant in Wilmington, North Carolina 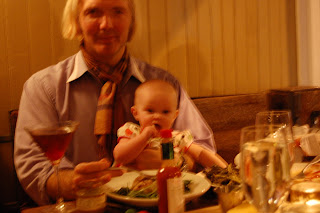 Cafe Phoenix has recently moved from its old 9 South Front Street location down a few blocks so technically it still exists but as far as I am concerned it is gone.  The reason being that the space was so integral to the feeling of the Cafe Phoenix that moving simply destroys the thing itself.  It reminds me of the joke about an antique merchant having Abe Lincoln's old axe "Only the axe head and handle have been replaced."
The space is currently occupied by a new restaurant called Crow Hill NC.  Crow Hill seems modeled somewhat on some of the hip downtown places in New York like Death & Co. and one of our favorites Freemans. which boast sturdy, stick to your ribs food, creative cocktails and a kind of early American rustic feel that caters to an antiquated, but attractive notion of male, American romanticism. 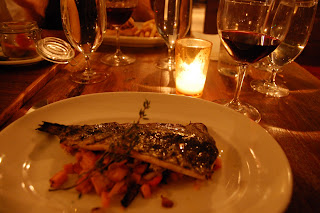 Crowhill's menu has serious, one might even say hardcore comfort food like Bacon Wrapped Meatloaf, Roasted Half Chicken as well as a hefty BBQ platter.  Fortunately, for more delicate tastes like Mark and Lynn there is NC trout, grilled asparagus (an appetizer) as well as a savory market salad.  The night we went I had a nice grouper that had a lot of flavor and was confidently prepared.  We also had a nice selection of cheese mostly from Georgia.
One of our main, enduring complaints about Wilmington's food scene is that the service is often flabby and can even be kind of depressing.  This was not the case here; a young waitress named Sarah handled our table with real finesse and warmth from beginning to end (her suggestion to try Basil Hayden bourbon in my Manhattan was much appreciated). 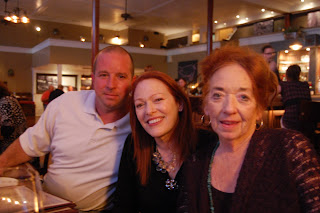 Crowhill's menu and website make much of using "the seasonal bounty that NC has to offer" despite this there was  little on the menu that I saw indicating NC origin of food (there was a mention of NC trout);  oddly enough the cheese menu mostly consisted of Georgia selections.  I find it hard to believe that there aren't some NC cheeses that might be featured here.  I wish the restaurant would make more of the farms they use the local produce they utilize and so on within the context of the menu.  This would certainly enhance the culinary experience and showcase local and state food and drink.   The bar has a high end, creative set of spirits like the previously mentioned Basil Hayden and Hendricks but the cocktail specials struck me as being too sweet. 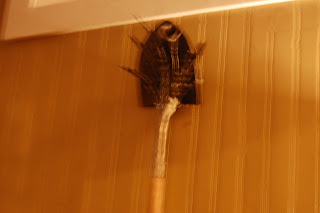 Trivial complaints on the whole.  Crowhill is officially our favorite restaurant in Wilmington and Sara is our favorite waitress (and Basil Hayden my new favorite bourbon).
Posted by markandlynnarefamished at 6:04 PM