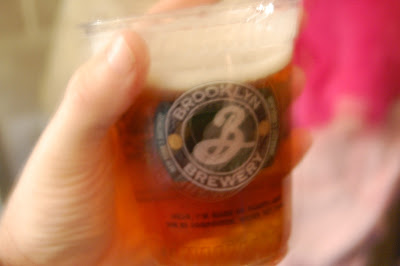 We visited the Brooklyn Brewery last weekend and found quite a raucous but friendly scene while there.  No doubt the raucous was due in part to the impending Jets-Patriots game as well as the long, MLK weekend.  We went with our daughter Kristina, son-in-law David and their charming children lovely Sloane and rock star Jackson.  I am not much of a beer drinker but my son in law David appreciates the art of brewing and anyway we are always up for that kind of thing, 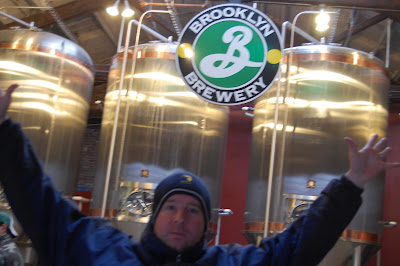 The Brewery has a roguish back story; co-founded in 1987 by former AP correspondent Steve Hindy learned to brew his own beer while working in the Middle East where many states forbid alcohol consumption.  When returning to the US Mr. Hindy continued to work on his own concoctions with the assistance of Tom Potter, a former Chemical Bank lending officer and Mr. Hindy's neighbor.  Initially, the beer was brewed in Utica, NY and marketed, transported and so on by Mr. Hindy and Mr. Potter.  In 1996 the two acquired a former Matzo factory and converted it into a functional brewery (much of this story can be found in Mr. Hindy's and Mr. Potter's book Beer School). 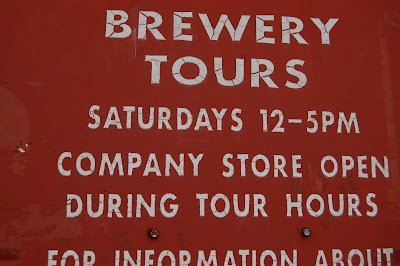 We were familiar with Brooklyn Brewery beer having seen it's rather iconic "B" in the beer case of places like Whole Foods and in local beverage stores but, alas, we had never tried it.  Saturday, however, seemed like a nice moment to try the place and we were very impressed with the results.  First off, as mentioned previous, the place had an raucous vibe that we have rarely seen in uber cool Brooklyn.  Second, everyone was very friendly to us and despite the amount of people everyone was very cool about letting us maneuver through the crowd with children and samples of beer.
By far our favorite brew was the Brooklyn Black Chocolate Stout which reminded us favorably of traditional Guinness but with a savory bite that differs from Guinesses' pleasant bitterness.  Upon our return to Brookhaven we immediately got a pack which is the perfect beer for the kind of bitter winter evenings we are having here in the northeast.
Posted by markandlynnarefamished at 3:02 PM