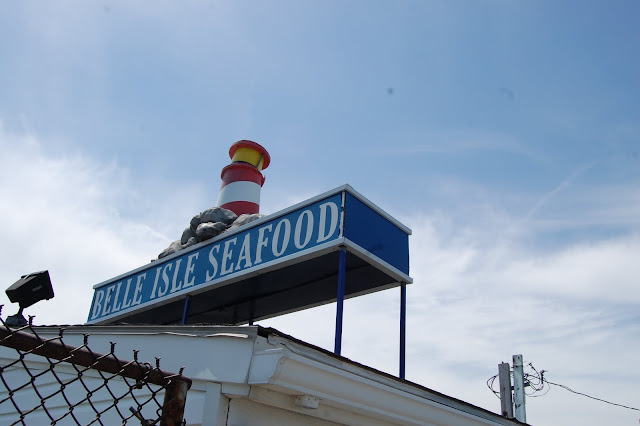 As with other excursions on our recent trip to Boston/Winthrop Massachusetts we focused on places we had always wanted to go as well as places we had seen on a recent Boston themed episode of Anthony Bourdain's No Reservations show.  Lynn and I had passed Bell Isle Seafood many times but had balked about stopping there because we were on route somewhere else, didn't have the time, the place wasn't open when we were in the vicinity and so on.  We were always intrigued by it's rustic exterior and dramatic positioning in East Boston just outside of the Winthrop, Massachusetts community where planes fly just a few hundred feet over the place right before touchdown at Logan Airport. 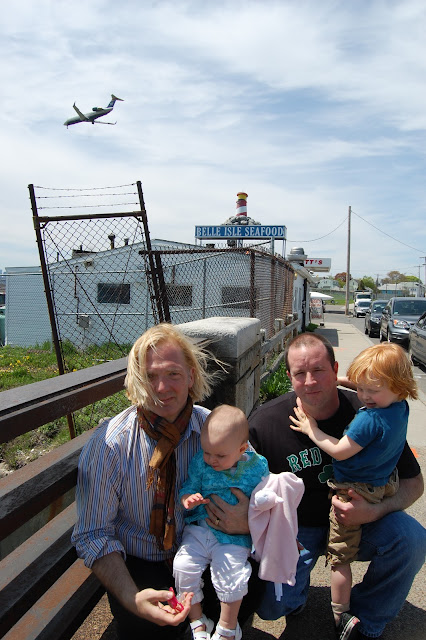 This last time we made a point of eating there for lunch.  Our first surprise was how tiny the place was.  There is seating but the popularity of the place and our timing (getting there around 12:40) ruled out a reasonable chance for us to grab a seat (our son in law and grand children accompanied us as well).  We wisely opted for take out.  Unlike a lot of seafood shack type places BIS had some healthy alternatives to the usual great but calorie rich fried seafood; for instance, I ordered seared tuna and most dishes could be prepared broiled as well as fried so you don't have to fall off the wagon with your diet. 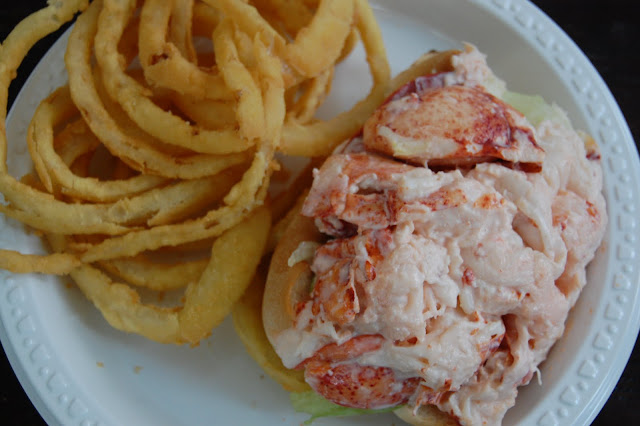 Lynn got what was easily the best lobster roll she ever had; it had huge chunks of buttery lobster and the roll was minimal (as it should be but rarely is; even here on Long Island).  Despite the greatness of the food, uniqueness of the location and so on going to Bell Isle can be a bit of an ordeal. First off, it is a tough location in that there is not much in the way of legal parking (however, people park on the bridge-despite it being technically illegal).  Also, the small space can generate some stress in people who are impatient (especially around the peak of lunchtime) and/or confused about who has been helped and so on (I imagine calling in an order is not a bad idea).  Such are the pitfalls of visiting a "cult" eatery.

Small complaints on the whole;  the great food and selection at Bell Isle make this truly worth the trouble.
Posted by markandlynnarefamished at 7:03 PM