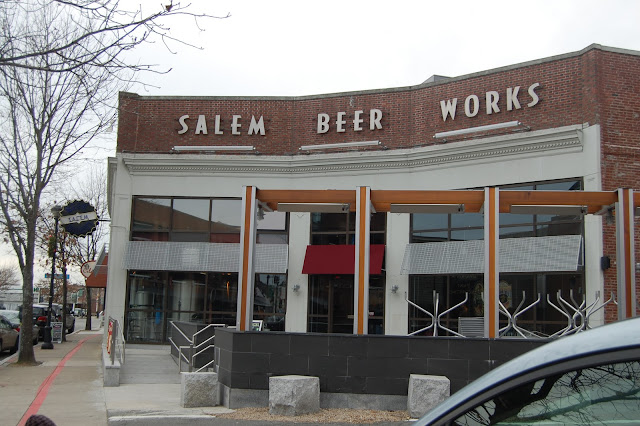 My son in law, Dave and I went to Salem a couple of different times during my and Lynn's recent visit to the Boston area.  We had the opportunity to go to the Salem Beer Works which figures prominently in the community with a striking and impressive facade.  Inside, we found an out mix of genres (for lack of a better way to put it) with elements of both a sports bar (large screen television, bar food on the menu) along with the sleek, architectural quality  that one might find in an urbane restaraunt in a hotel like the "W."  The result of this is that it is a nice hybrid of a place where you can be comfortable watching the Pats as well as a place where you can take your husband/wife/girlfriend/boyfriend on a sexy date. 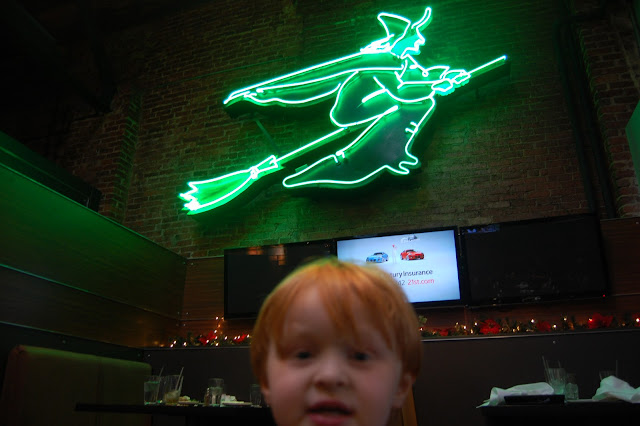 The day Dave and I went (with Jackson and Sloane in tow) he sampled some of the SBW's signature brews and ended up taking home a six pack of the Salem American Pale Ale.  The food was better than expected as well; I chose a nice calamari with a caper mayo.  Dave has All-American tastes and he enjoyed his hamburger and sweet potato fries. 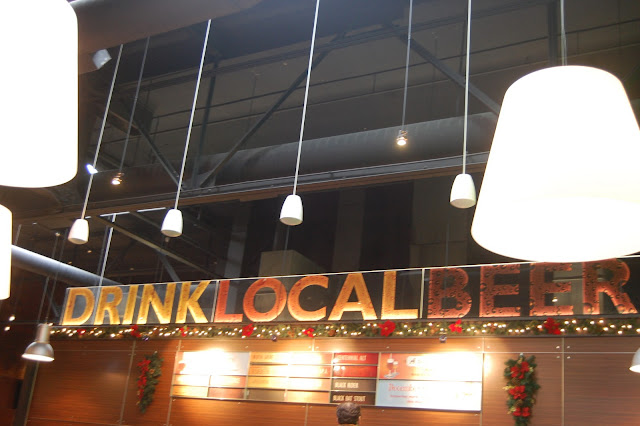 Posted by markandlynnarefamished at 3:00 PM