Is Farmstead/La Laiterie in Providence the worst dining experience in the US-For Mark and Lynn it is... 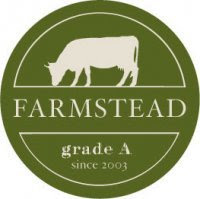 Lynn and I had heard about the Farmstead Cheese Shop and La Laiterie Bistro adjoining it for for many years and were excited to try it as the website communicated that this place was innovative in its menu and approach to artisan cheese making and hand crafted food Farmstead/La Laiterie had also won praise from the likes of Travel + Leisure, Bon Apetit & Food And Wine.  Very recently on our way to Boston we made a special point of going through Providence to get lunch at La Laiterie and maybe get something from Farmstead.
Lunch is served there until 3:00 and we got there later than we would have liked at 2:30.  There were still plenty of diners there and there was little sense of the place winding down as there were still waiters wandering around and a hostess present and, again, a restaurant that was mostly full.
Things went badly rather quickly.  The hostess saw us waiting to be seated and then disappeared.  I had a bad feeling about it as she clearly saw us but made minimal eye contact.  The Cheese shop personnel could also see us but they made minimal eye contact as well and eventually turned their literal backs on us.  A woman entered from the back of La Laiterie and made a sympathetic face towards us and mentioned that someone would be with us in a minute.  Roughly five minutes had passed at this point and Lynn being curious about the place went over to the Cheese counter and began asking questions.  At that point, the Cheese counter personnel had a harder time ignoring us but Lynn later mentioned their communication was disconnected (one of the staff gave her a brusque "no" when she asked if they sold one of their hand made sauces).  Lynn also said how excited we were to be there and how we had read about both Farmstead and La Laiterie and had made a special trip to try the place out.  Their response? Nothing.  Two of the place's chefs walked by our table; a beefy guy and a tall woman and still no eye contact, much less a hello.
Finally, after about 10 minutes time the hostess found it in herself to seat us.  Our waiter showed up while Lynn went to the restroom (whose lock was broken).  I ordered two glasses of Rose but foolishly did not order our lunch (or maybe wisely).  Our waiter seemed slightly more with it than the rest of the staff so I was hoping that our experience, so sour up to that point, might be salvaged.
How wrong I was!  After at least 20 minutes total in the restaurant we did not even have our wine.  Lynn and I both looked at each other with our "we are out of here" faces and summarily bolted out the Farmstead door.  Our waiter was standing outside on the restaurant's sidewalk apparently having forgotten about us, chatting with a passerby as our $12.00 a glass wine was warming up in the August heat.  We got into our car parked just outside the place.
"Are you leaving?" he asked.
I don't like writing bad reviews.  Lynn and I love food, wine, spirits; all of it and we like our experiences to be positive which they almost always are.  When we are disappointed it is usually because something doesn't live up to the hype or we have shoddy service.  With this place it is check and check; definitely not up to the hype and memorably bad service.  Lynn and I were both completely blown away by the complete rudeness. obnoxiousness and obliviousness of the place.  It seemed pretty much top down (maybe with the exception of the woman who alerted the hostess, the hostess who had first ignored us). The experience was doubly bitter because we had pondered going there since January when we had last been to Boston and, we were starving so, again, we felt even more defeated than usual.   In any event, lesson learned here.  You have been warned!

Posted by markandlynnarefamished at 4:30 PM