Jackson makes a big impression at Centro Vinoteca in the Village... 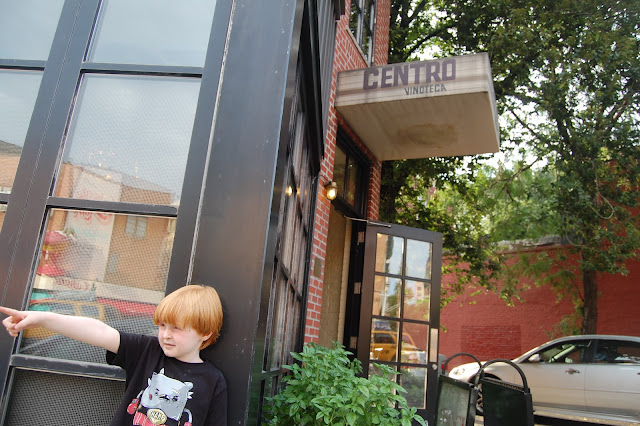 Jackson and I walked and walked around Greenwich Village on Saturday and our feet, though pretty much invincible, eventually tired and we found respite at a chic restaurant/wine bar called Centro Vinoteca.  On that hot afternoon the place felt like a gift from the Deity. 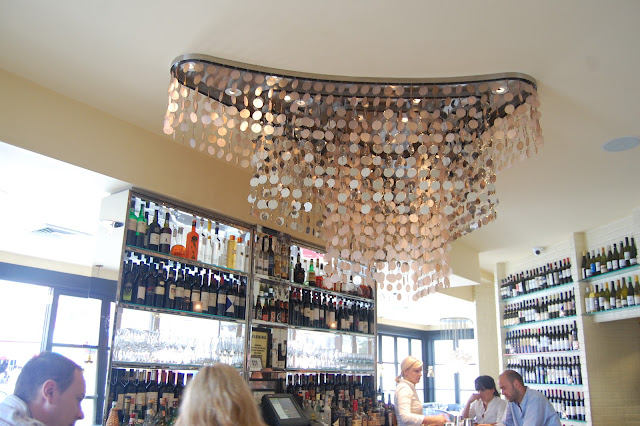 Predictably, Jackson made quite an impression on the attractive hostess and French accented waitress who both quizzed him on 1)where he was from 2) why he was in Manhattan and 3) could she (they) get him anything?   Jackson had a glass of cold water, I had a glass of chilly Rose and I was grateful but somehow not surprised  when the restaurant sent over a small plate of complementary appetizers.   Suffice to say by the time we left everyone bid Jackson and I farewell by name...
M
Posted by markandlynnarefamished at 5:37 PM