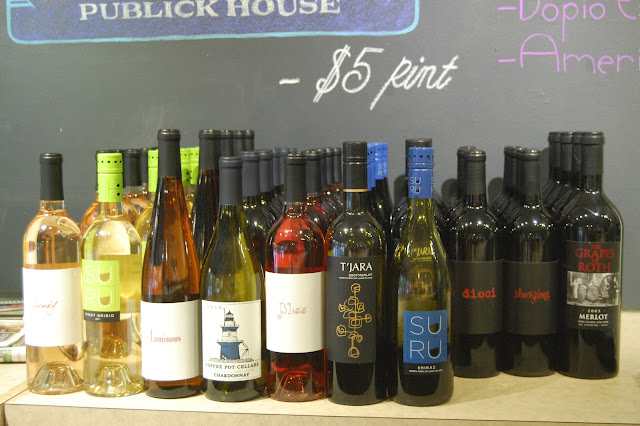 Lynn and I were introduced to Anthony Nappa wines during the Hamlet Organic Garden's big fall feast.  We enjoyed them all but were particularly taken with a 2011 Rose called "Bliss" which was to our pallette quite dry but full of stabs of berry and even some cherry flavors which in our mind might make it a good rose for late fall and winter.
In any event, we tracked the Nappa wines down to The Winemaker's Studio in Peconic on the wine rich North Fork of Long Island.  This studio is a cooperative tasting room featuring Long Island wine, beer  and spirits.  Lynn and I were able to sample the "Bliss" yet again and got a couple of bottles.  We also managed to sample Long Island Spirit's Pine Barrens whiskey which was much better than we had expected. 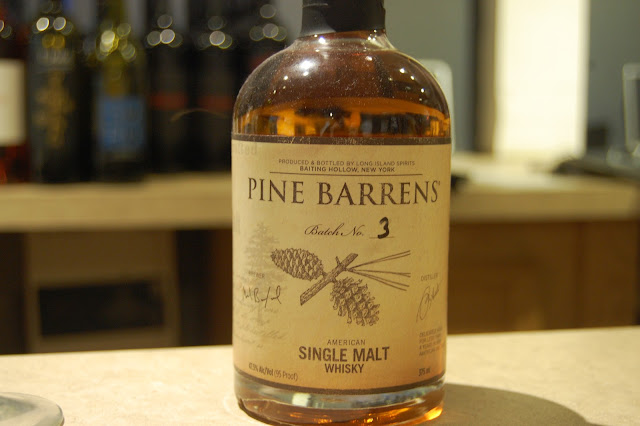 Posted by markandlynnarefamished at 4:11 PM