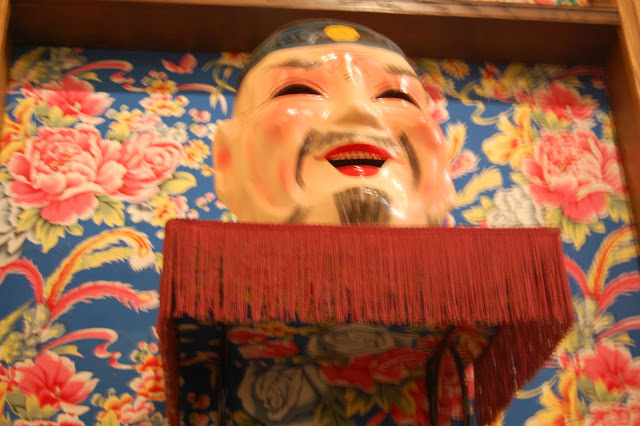 Lynn and I went into Soho in downtown New York to visit friends one recent rainy Saturday (it feels like they have all been rainy Saturdays for awhile in this part of the world) and predictably our first concern was where to get something to eat.  Our good friend hailing from Upstate New York but well acquainted with the Wooster Street area we were navigating around suggested the Asian outpost Kelley and Ping nearby on Green Street. 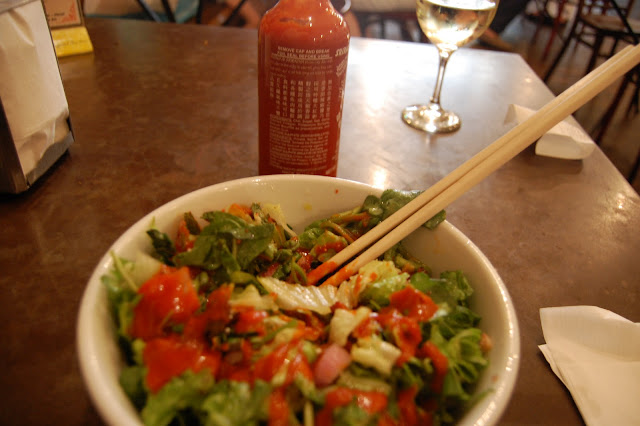 The menu was eclectic and extensive and seemed that almost every niche of Asian cuisine was well represented and then some.  I had the Yam Ped Krob Salad (Crispy Duck, Mixed Greens and Mint), Lynn had the Pad Thai.  Both flavorful, fresh tasting (particularly my Salad's mint which helped the dish "pop").   We had a nondescript but cold and generously poured glass of dry white wine (as cool as it was outside it was weirdly warm in the restaurant).  A kid's birthday party towards the back of the fairly cavernous restaurant lent the proceedings a raucous but overall good natured air.  The interiors were rugged and had the slightly surrealistic touches of some of the highly stylized but howlingly politically incorrect early Hollywood talkies such as the  Boris Karloff vehicle The Mask of Fu Manchu.  When I passed the bar I noticed a great selection of Japanese whiskeys including Hibiki.

Lynn and I were talking about this restaurant later and we both agreed that it straddled the line between high and low end Asian cuisine combining creative combinations of food and ingredients with a low key but slightly offbeat "vibe" and good prices.  Definitely an authentically cool place in increasingly gentrified Soho.... 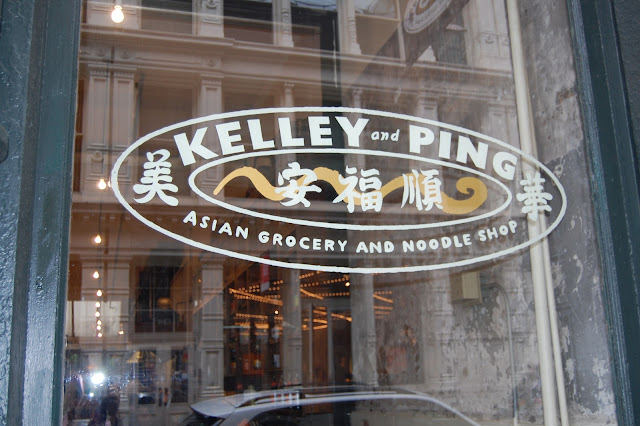 Kelly
Posted by markandlynnarefamished at 4:09 PM