Yankee kin Mark and Lynn mostly like Rx in Wilmington....with a couple of exceptions 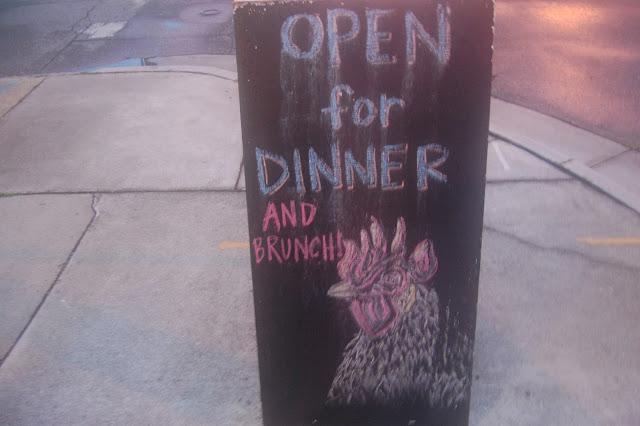 Lynn and I are always a little surprised about how much my hometown of Wilmington is in a constant state of flux.   After a couple of years away, we recently visited, and, despite bracing ourselves for big changes in the Downtown landscape we couldn't help but be surprised by some of the truly seismic changes in the Wilmington dining spectrum (at least for us). The main two?  The demise of The Cafe Phoenix and Deluxe (The Cafe Phoenix, God bless them still have a website and a Facebook site that hasn't been updated since 2011).  These two stalwarts ushered in the notion of fine dining in Downtown Wilmington in the late 80's/early 90's just a few years after 70's era Downtown Wilmington's claim to fame was Triple X book stores, ladies of the night and rowdy servicemen coming down from Jacksonville for a night on the town.  These two establishments shared plenty of similar flaws over the years such as often iffy service,  diva-ish staff, poor management and a tedious tendency to value style over substance.  However, as mentioned before, both places helped introduce Wilmington to the idea of a superior dining experience with good wine lists, sophisticated ingredients and 80's/90's chic details such as sun dried tomatoes and olive oil with bread (remember this is the 1990 we are talking about. 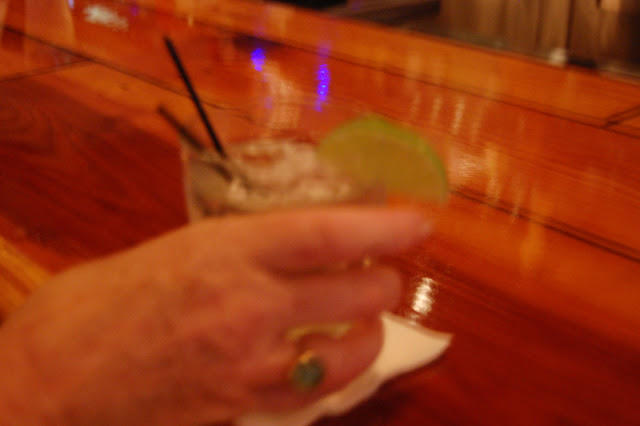 Into this void of fine dining steps Rx on the site of the old Hall's Drugs (hence the Rx name).   We have to give the credit to the owners of Rx because if you had ever visited the old Hall's you would not think the place had potential to be a fine dining establishment.  In any event, Lynn and I had noticed the place during our long weekend in Wilmington and were intrigued by the promise of a mostly local menu, well put together cocktails and a new dining experience.  We tried to get in on a Saturday night but Rx was "slammed."  We returned slightly earlier the next night and waltzed in with no problem taking our place at the bar.  Lynn ordered a Gin and Tonic with Hendrick's and the South Carolina made Jack Rudy tonic which we had discovered, ironically enough,  at the Tuthilltown Distillery in upstate NY.    I had a Manhattan with Blanton's.  Lynn and I have not had a lot of luck ordering cocktails outside of Manhattan or Brooklyn but both drinks were confidentially made by our female bartender and were especially satisfying as (literal) tonic against the relentless Southeastern, North Carolina heat.  We did have one dish made with NC Scallops, Black River Zucchini, Sugar Snap Peas and pickled onion that was as good and sophisticated a seafood dish as we have had in a long time. 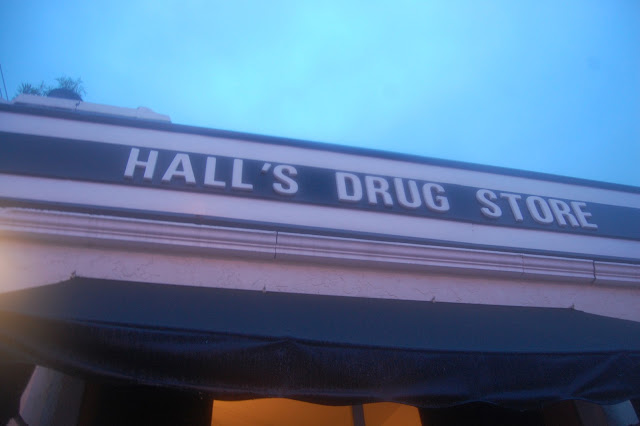 Potential minuses?  A couple.  Some of the entrees push the $30.00 limit and even some of the appetizers push a $20.00 limit. This high end price point is not something you see all that often even in our stomping grounds of Manhattan, Brooklyn & Long Island much less in the murky Castle Street outback of Downtown Wilmington.   Also, the decor and interiors are mostly a miss with local art that seems oddly out of place in what is supposed to be a chic outpost; in addition, we had to negotiate clumsy and awkward bar chairs that seem to have been salvaged from someone's rec room.   Also, both nights we visited Rx the same inebriated citizen stumbled in front of this establishment, one night crashing with a considerable thud on the sidewalk.   Both of us were so alarmed that we were in the process of calling 911 when the intoxicated native picked themselves up and went on their merry way as if nothing happened.   This poor individual obviously needs some help,  but, until help arrives this rather intoxicated "regular' will probably not be good for the Rx business. 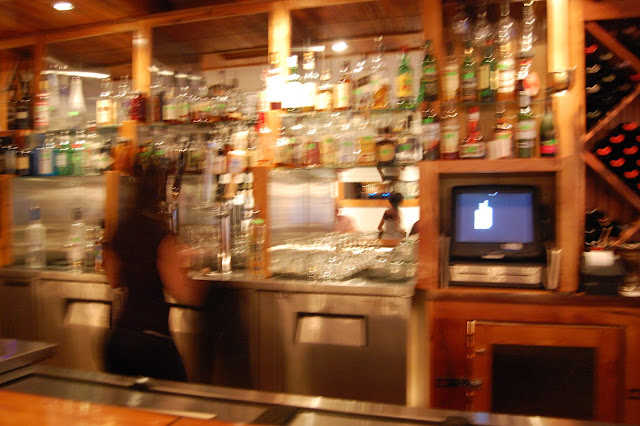 Would these negatives block us from going back to Rx.  Not us! We are New Yorkers and are prepared for anything hinting of disaster- Hurricane Sandy; The Jets; The Mets; Mayor Bloomberg; Anthony Weiner; Rex Ryan our Southern kin and so on.  However, these issues might be more off-putting for the local gentry of New Hanover County  whose sensibilities are more delicate than the coarse hides of their Yankee kin Mark and Lynn....
M & L
Posted by markandlynnarefamished at 6:46 PM