The Goat and Compass in downtown is the dive bar par excellence... 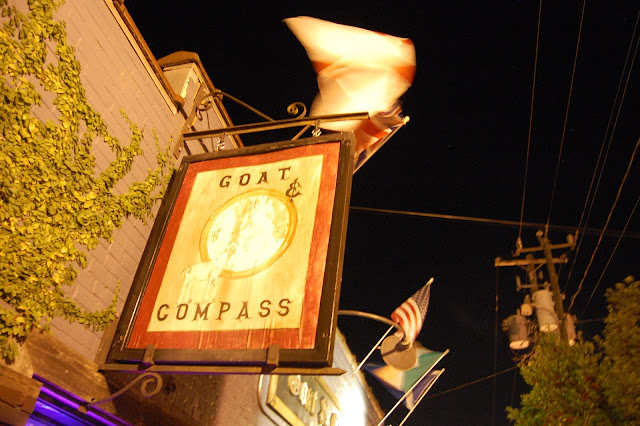 One could probably make a good argument that Wilmington, North Carolina is the dive bar capital of the USA.  Exhibit A might very well be the Goat and Compass on North 4th Street.  The Goat and Compass has not been in Wilmington very long, although I can't say how long it has been around; for instance, it wasn't there when Lynn and I left the Port City in 2000.  The G & C can't compare in longevity to  say The Barbary Coast on Front Street which has the patina and archaeological layers of a 17th century tavern in Williamsburg. 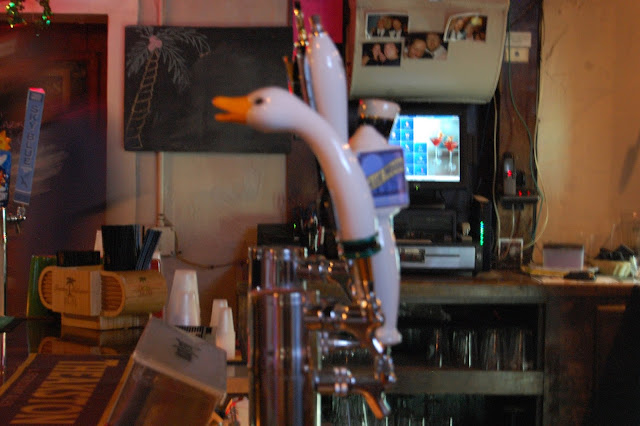 The Goat and Compass, however, has packed a lot of physical character into it's relatively short history with its pounded and worn surfaces and lived in bar chairs.  The G&C is a great beer and shot place (don't order a mixed drink unless you are cool with getting a martini  in a plastic cup).  I pushed my luck and ordered a Cuba Libre which cooled the early summer heat of Wilmington (even in a plastic cup).  We went there on a couple of occasions in the first week of June.  We found that the place grew on us with its raffish charm,  blistering A/C, dorky 90's music and laid back bartenders. 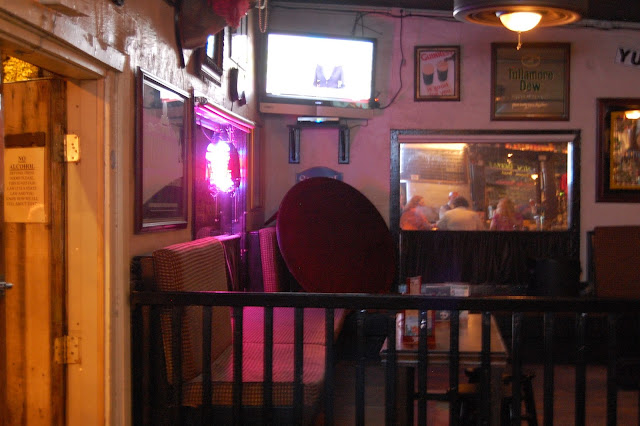 The real appeal for us was the "cornhole" court in back of the bar which is a game of subtlety and finesse where the notion is to throw a canvas beanbag through a plywood apparatus often while negotiating the effects of the heat of the deep South and the effect of icy Cuba Libres and/or Gin and Tonics on motor skills.  Like many dive bars like the G&C the point is creating great memories which we did in our brief stay in June 2013.