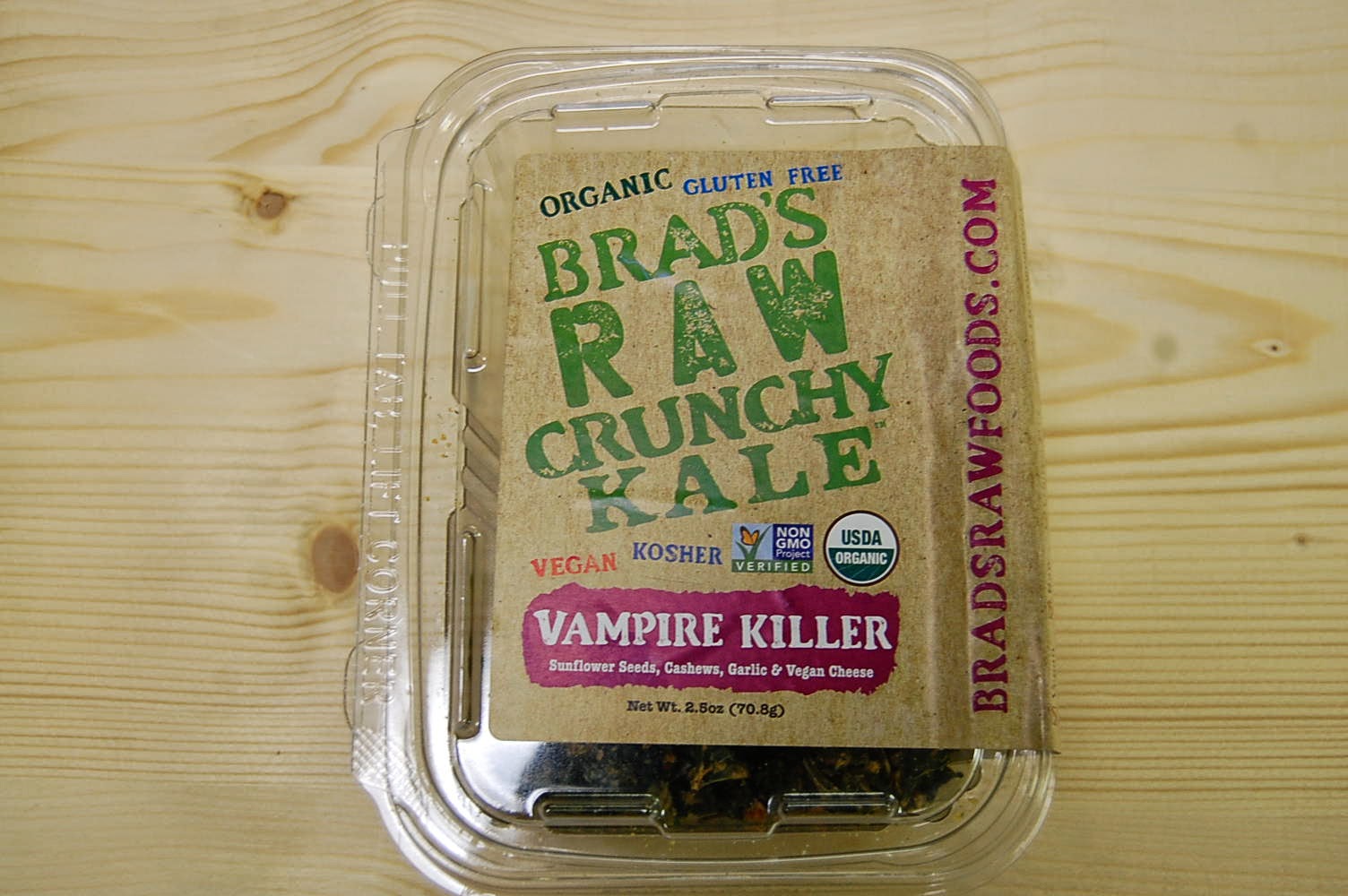 A few years ago Lynn and I started noticing raw, crunchy kale (made by dehydrating the kale) in health food stores.  The idea was great and we really enjoyed the feeling of finding a great savory snack that was not only nutritious but "super food" material. The problem was that there are not that many exceptional health food stores in our direct vicinity which made the notion of having the crunchy snack more of a treat than a part of our routine.

Now, Lynn and I notice this satisfying snack  more and more in traditional supermarkets which of course makes it easier to find and allows us to indulge more frequently.  One of our favorite crunchy kales is made by Brad's Raw Crunchy Kale.  We are particularly fond of the Vampire Killer  offering which has a generous dose of garlic.  Unlike some of the other Crunchy Kale on the market Brad's doesn't overdo it in the flavor department producing a relatively low calorie snack that really fills you up without any of the guilt or empty calories of more traditional snacks.  The company also manufactures raw chips which we have not had a chance to sample but if they are anything like Brad's Kale we are in for a treat.

M & L
Posted by markandlynnarefamished at 11:14 AM