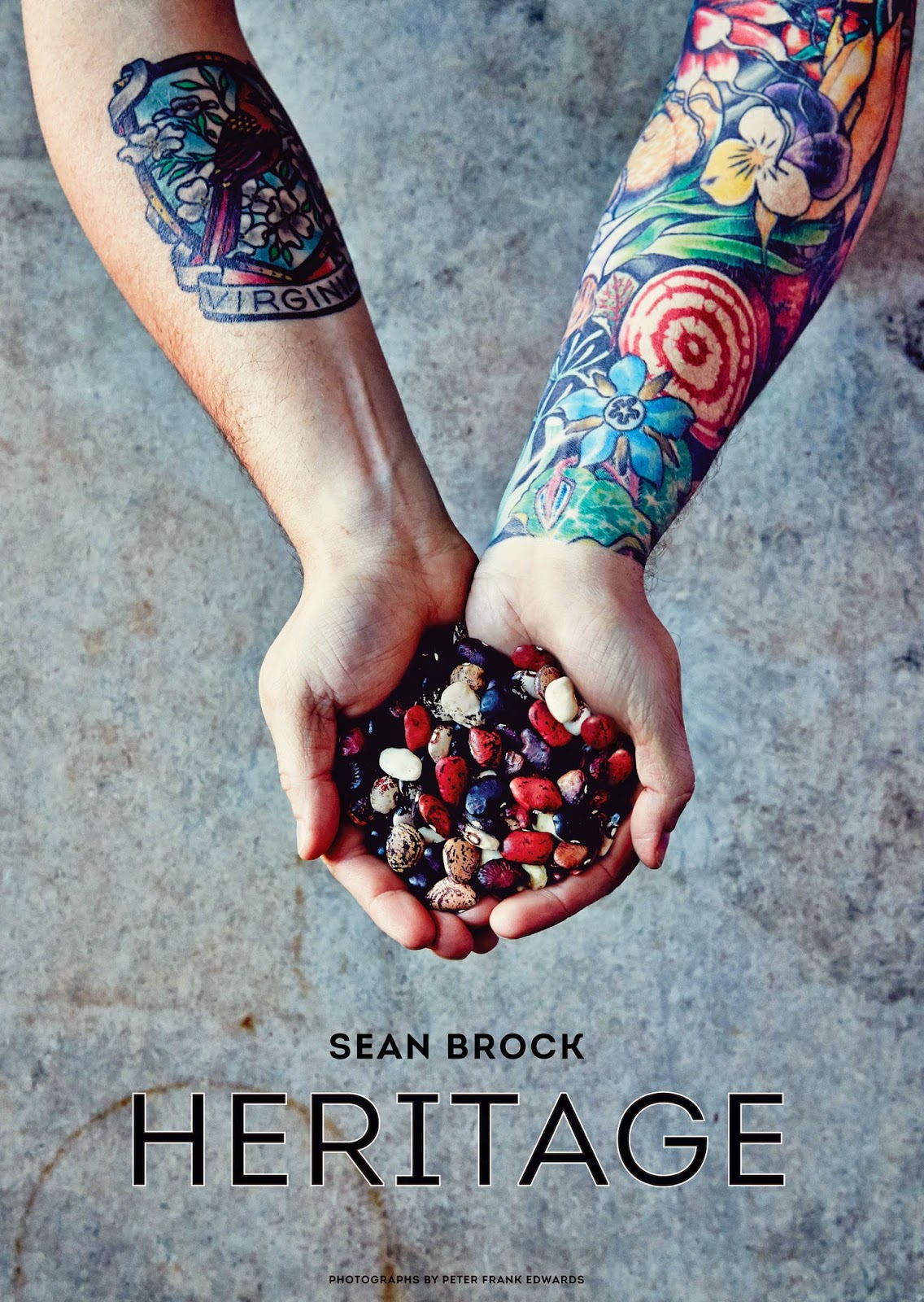 Chef Sean Brock of Husk Restaurant (located in Nashville and Charleston) has put together one of the most noteworthy cookbooks of the season: Heritage (Artisan).  As the title indicates, Heritage makes much of Chef Brock's history and Southern upbringing particularly how this upbringing has influenced his culinary evolution.  Heritage is an attempt to marry high end sophisticated cuisine and techniques with traditional comfort food which is a cornerstone of the Southern dinner table and diet.  Some of the typical examples of this merge are Braised Lamb Neck with Tomato Conserve and Squash Seed Risotto.  Many of the recipes are straightforward comfort food with a tweak or two to such as the Husk Cheeseburger which is pretty much a classic cheeseburger using plebeian American cheese and Duke's mayonnaise tweaked slightly by using ground  flank steak and bacon for the hamburger meet and lemon zest for the "special sauce" accompanying the meal. Chef Brock's instructions are clear which is helpful since many of the recipes can be on the complicated side with a number of ingredients and steps involved.


Heritage is so artfully put together that it could function as a coffee table book.  The pictures by Peter Frank Edwards are beautiful compliments to the romantic quality of the text and recipes.

Heritage is more than a mere cookbook. It also contains creative recipes for bitters, cocktails, as well as various blends, stocks, mustards, sauces and spices Chef Brock uses as foundations for his culinary work. There are also instructions about smoking techniques, pickling and preserving and even how to set up a Whiskey Cocktail Station for a party.  Heritage is a very versatile cookbook particularly for the fall and winter months and it appears to be a breakthrough work on contemporary Southern Cuisine.
Posted by markandlynnarefamished at 9:40 AM