Mark and Lynn have mixed feelings about Founding Farmers.... 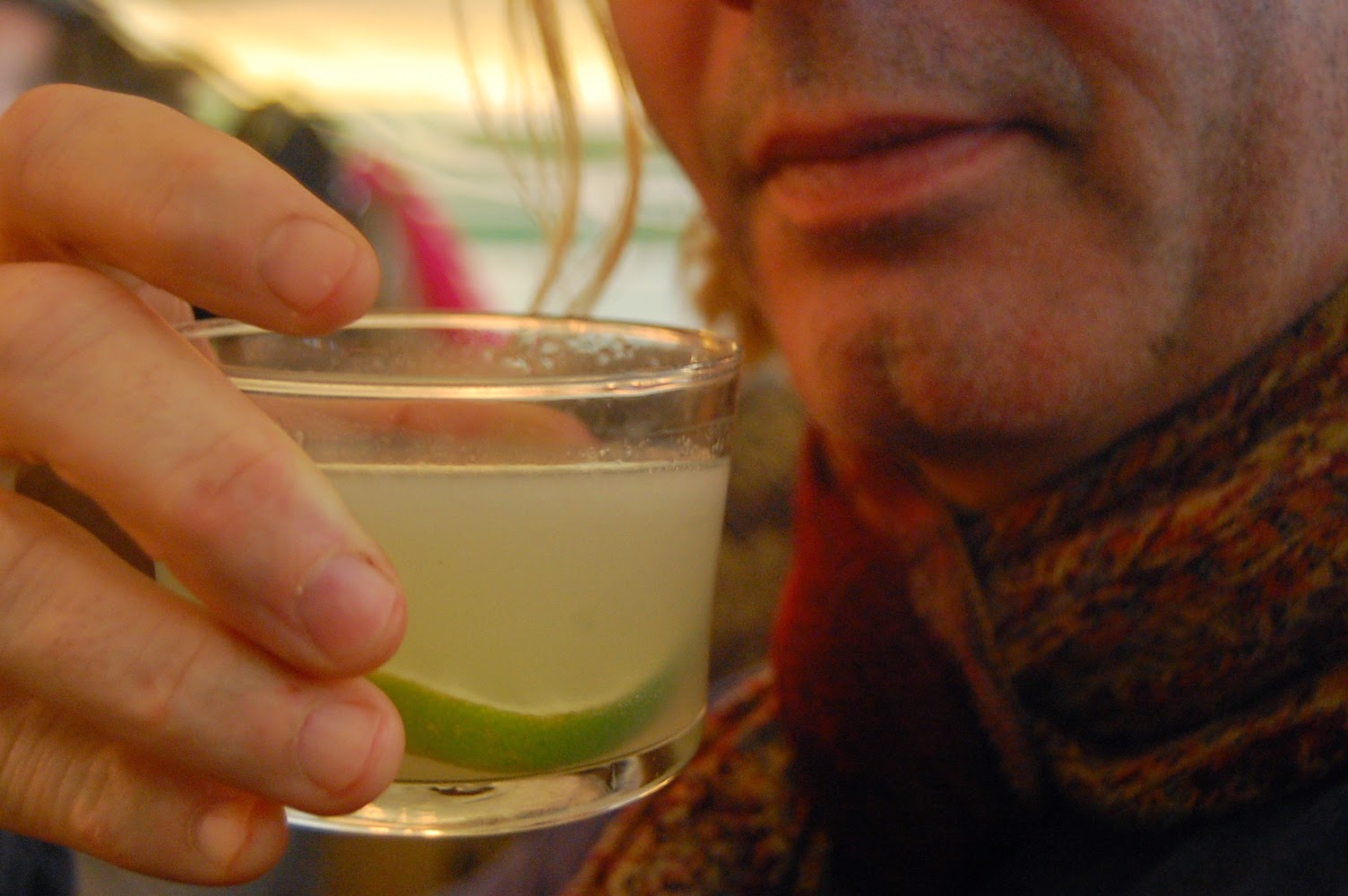 Lynn and I ate at Founding Farmers in Potomac, Maryland.  The restaurant has gotten a lot of positive press particularly as a result of Michelle Obama listing it as one of her favorite restaurants. Indeed, there is much to admire about Founding Farmers; its attention to "green" practices such as recycling, and composting; its notion of using reclaimed materials in constructing the interiors and so on. As for the menu, there is great attention to the idea of using family farms and vineyards as the heart of the restaurant's offerings. In addition the FF site makes mention that they don't always gravitate towards local fare but try to be mindful and conscious about keeping their carbon footprint minimal. 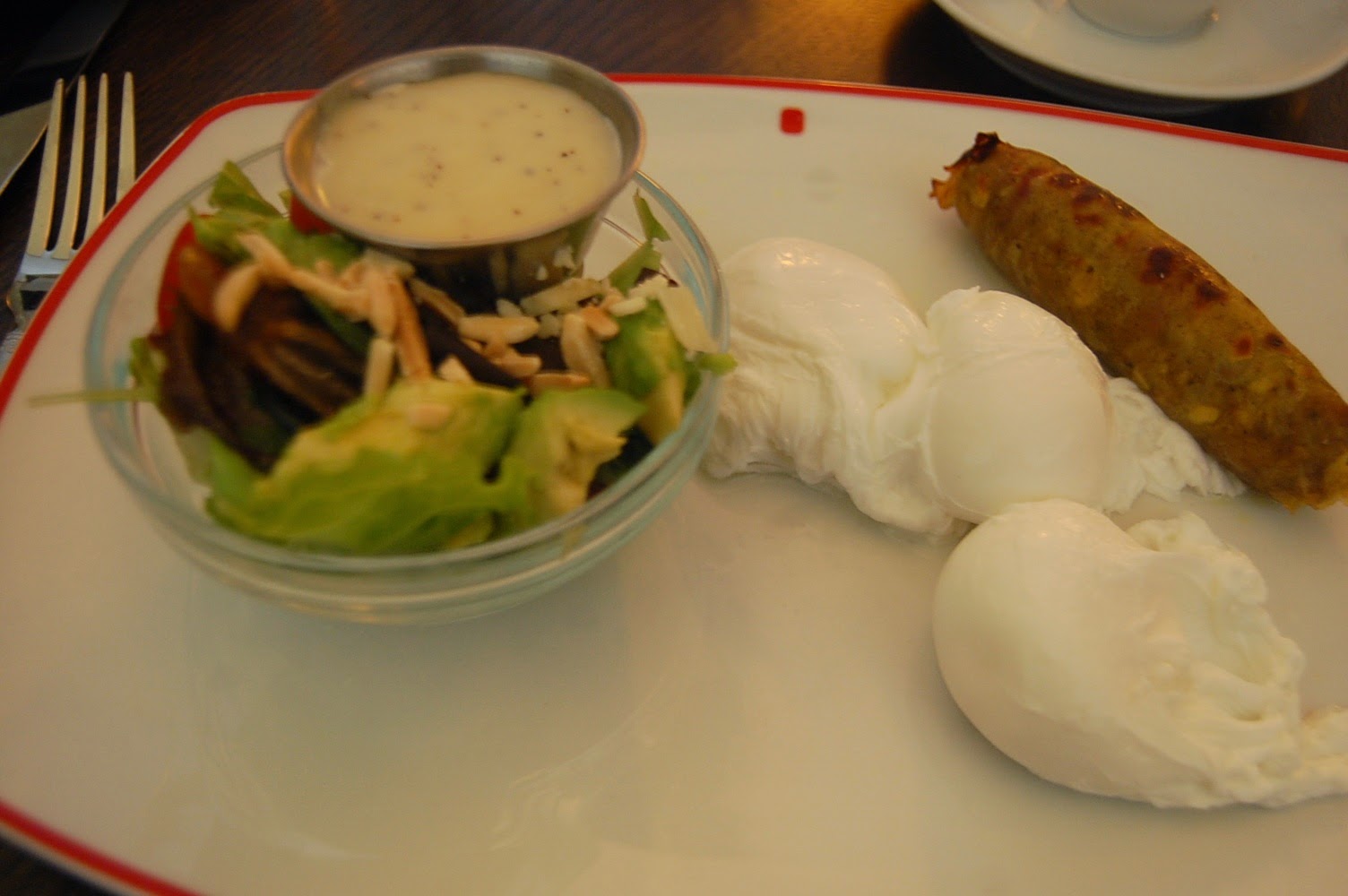 In addition, Founding Farmers is also located in Washington, DC and another is set to open in Tyson's Corner in early February.  The Potomoc outpost had great interiors with a good looking bar and a charming hostess.  We ate brunch there which is not typically our favorite meal.  I had poached eggs, chicken apple sausage and a farmer's salad.  Lynn had Crab Benedict.  Unfortunately, we found the food merely ok.  My eggs were cold and the farmer's salad was a mess mixing olives and figs with an uninspiring dressing that seemed to be some sort of honey mustard.  Lynn was happier with her Crab Benedict but it wasn't particularly memorable to her and the bacon accompanying her plate was slathered in what seemed to be syrup. 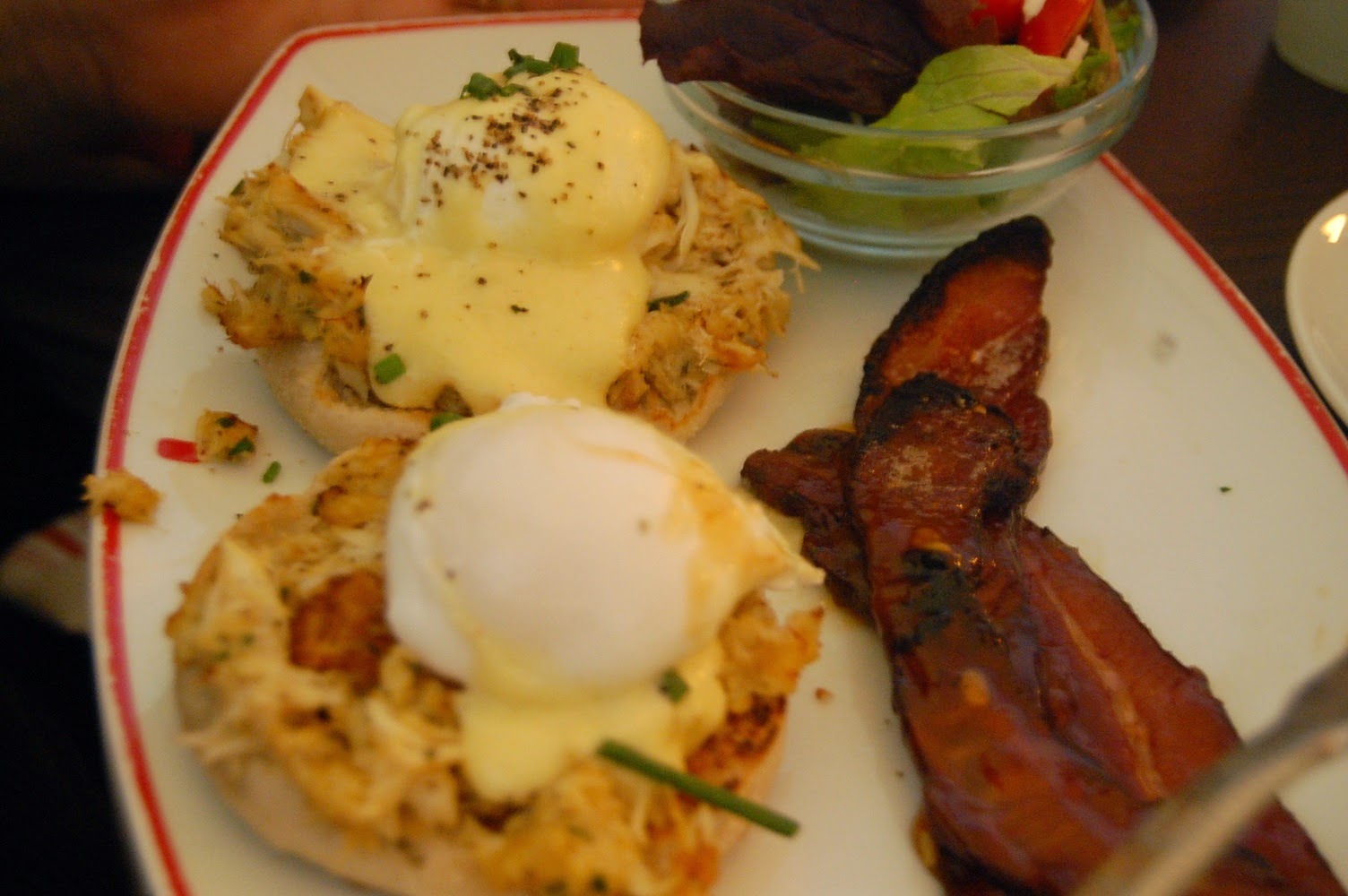 The service was surprisingly ragged and uneven.  We got menus and our order in quickly but the service deteriorated as the meal progressed.  The staff was particularly slack in clearing our plates at the end of the meal.

I will say that the "Corps Reviver" cocktail (with gin, absinthe, and lillet) was one of the best I have ever had.

Surprisingly enough, with all of the trumpeting about the various farms and vineyards there was little if any mention on the menus about where the ingredients came from.  We have been to other restaurants that wear there "green" credentials proudly so we were surprised there wasn't more of a narrative accompanying the meal.

So, Lynn and I were underwhelmed.  We may just have caught the place on a bad day.  Perhaps the wait staff was particularly stressed?  Maybe we just aren't brunch people? Will we give Founding Farmer's another shot?  Maybe so; just please  keep the Corpse Reviver on the menu...


Posted by markandlynnarefamished at 4:44 PM