Bar Tartine: Techniques and Recipes is a next level cookbook.... 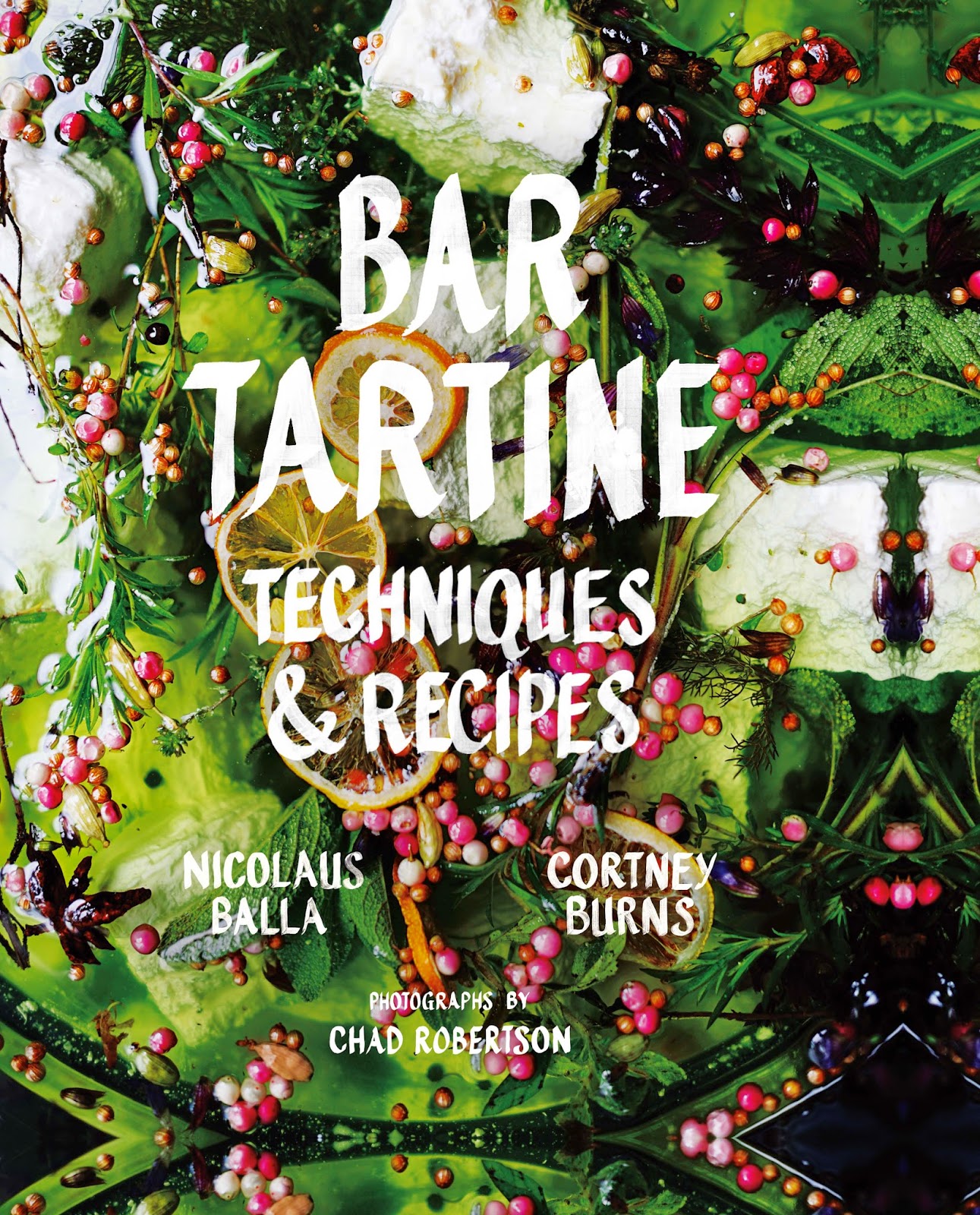 There has been an embarrasment of riches this season with regard to cookbooks with first rate offerings such as Plenty,  Add to this impressive list Bar Tartine: Techniques and Recipes (Chronicle).

Bar Tartine (the restaraunt) is the San Franciso based outpost owned by Chefs Nicolaus Balla and Cortney Burns whose devotion to locally sourced food (creatively implemented) all made "in house"  has helped define the contemporary West Coast food scene and put them on the map as innovative and artistic chefs. Authors Balla and Burns don't merely churn out recipes they devote a considerable amount of time and text to identifying techniques crucial to their own food philosopy and practices such as dying herbs, making cheese at home, browning butter, making vinegar, preserving and so on.

The recipes are equally inventive with offerings like chilled sour cherry soup, beef gulyas with marrow toast and buckwheat dumplings with paprika.  Lynn and I especially appreciated the approach the chefs took toward salads which often are overlooked in cookbooks.  Chefs Balla and Burns give them their due here as a genuine meal with great inventive offerings such as Chicory Salad with Anchovy Dressing, Beet and Blue Cheese as well as Kale Salad with Rye Bread Seeds and Yogurt.

A great book for the everyday cook to take food preparation and cooking to the next level.
Posted by markandlynnarefamished at 7:38 AM