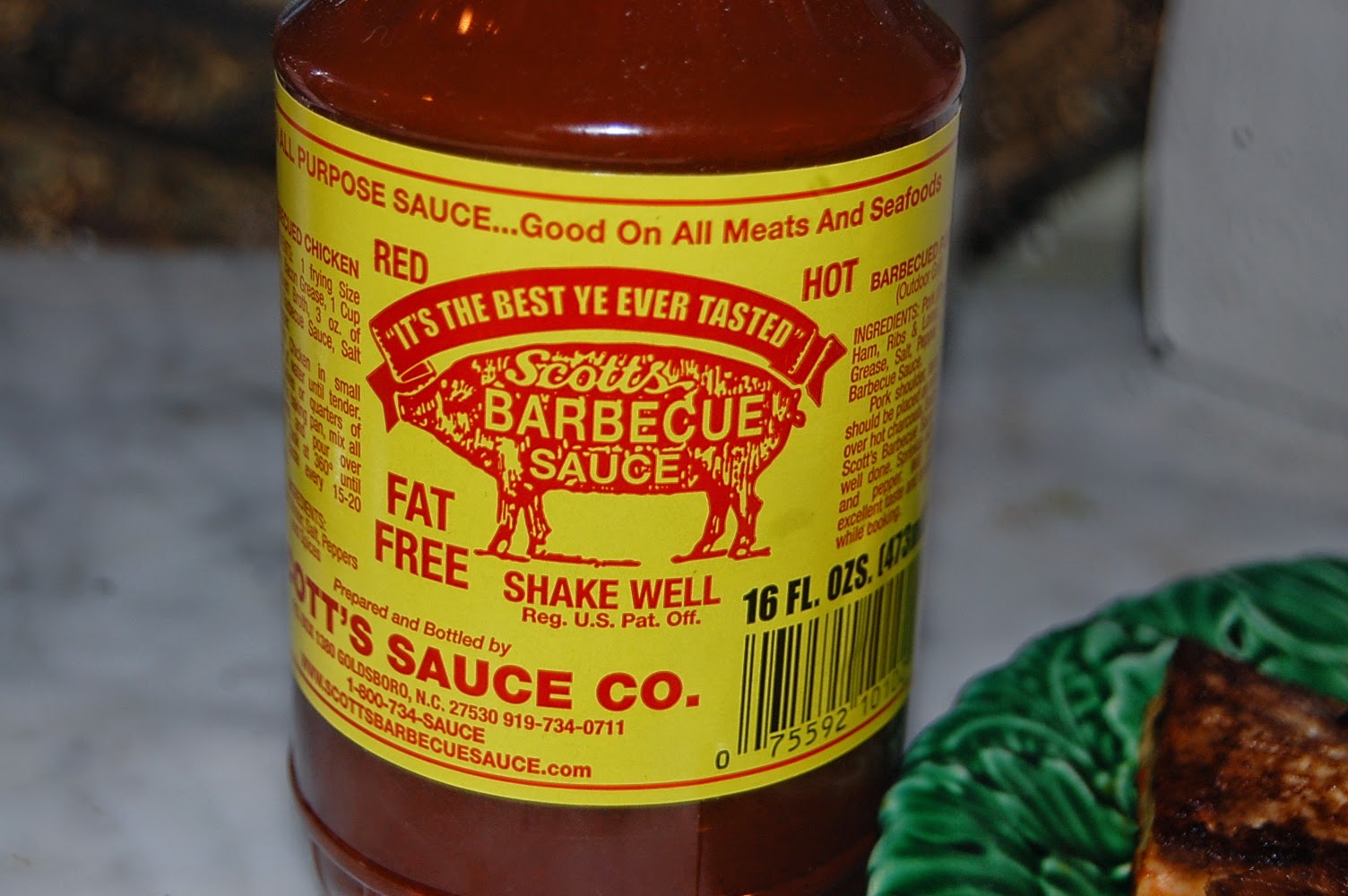 We recently got back from Wilmington, North Carolina where  I was raised and I was r-introduced to Scott's Barbecue Sauce made in Goldsboro, NC as a result.  We used it frequently in my  household mainly to give flavor to pork but sometimes also for vegetables and potatoes.  It was also omnipresent in a lot of the Barbecue oriented rrestaurantswe used to frequent like the late great Skinner and Daniels and Flips.  Despite press and food magazine coverage to the contrary, traditional Southern food can be pretty bland and Scott's vinegary concoction can be a godsend to enhance often times neutral meats such as pork and poultry.  It also can cut some of the earthiness of acquired taste cuisine of the South such as collard greens.
The nice folks at Scott's were nice enough to send a bottle to us since I failed to smuggle one back over the Mason Dixon Line during our whirlwind trip to NC.  We have used Scott's for alternative fare other than Southern such as Kale and Tofu and it has given them a nice spike of much needed flavor.  I have not seen Scott's in New York grocer or retail outposts but here is hoping it will make the jump over the Mason Dixon line....

M&L
Posted by markandlynnarefamished at 8:48 AM