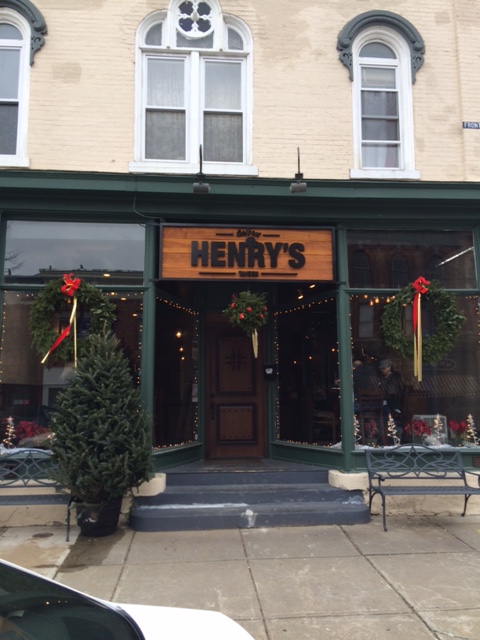 Lynn and I went through Upstate New York last weekend to celebrate New Year's seeing friends, visiting old favorite haunts and so on.  We found ourselves famished in Ballston Spa and didn't feel like enduring the pangs of hunger any longer so we ditched our idea to make ti to Saratoga Springs and decided to take a chance on a place that was new to us called Henry's .

The restaurant's website describes itself as a "neighborhood tavern and restaurant."  Our thought was the place was selling itself short as it had better food, atmosphere and service than many a gastro-pub that we have visited.  There was a nice fire near the entrance; the bartender was attentive and instinctual; Lynn had a great platter of fish and chips with the fish being prepared more in a tempura style than the usual heavy handed, over breaded, over battered manner.  I had a crisp, crunchy spinach salad and we both warmed up with a frothy pint of Guinness.

We make a point of going through Ballston Spa when we are Upstate and we are glad for this place to be a newly discovered  pit stop for us.

M&L
Posted by markandlynnarefamished at 4:00 PM