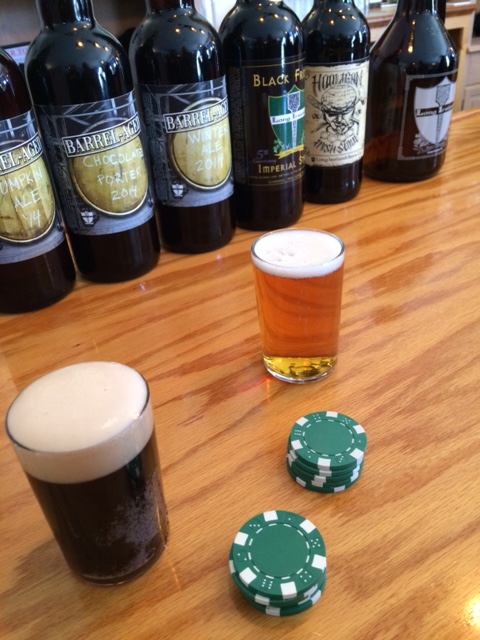 Oddly enough, we had initially thought to go to Montauk's Brewery (the only LI brewery of significance that our friends had not visited).  We got stuck in not one, but two mammoth, mysterious traffic jams which is one reason we cut our losses and decided to check out Long Ireland which our friends had visited on more than one occasion and was highly recommended by them.

Upon entering, we were greeted by a jovial giant of a guy named Dan who is one of the owners and who we had remembered from the Roller Derby.  The atmosphere was folksy and old fashioned in the best kind of way.  A pretzel warmer anchored one end of the bar and the walls were filled with vintage brewery ephemera. 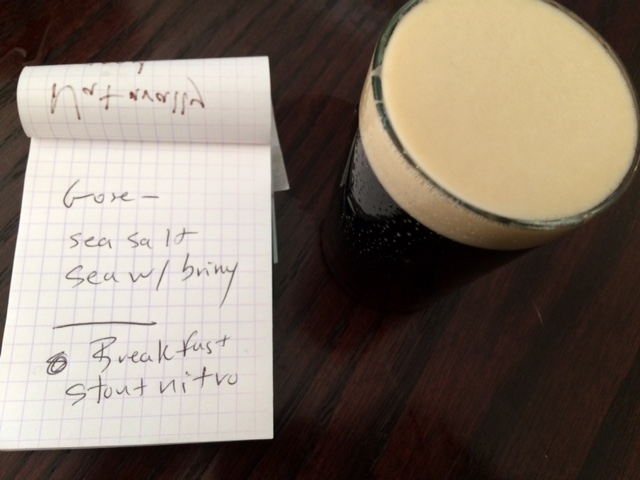 Lynn and I had a generous flight for only $8.00.  All of our samples were drinkable and had their merits but the two standouts for us was the Breakfast Stout Nitro and for me was the Gose brew which was brewed with sea salt and had a pleasant smoky briny quality which would be great paired with seafood or shell fish (and would be a great tonic on a hot summer day). 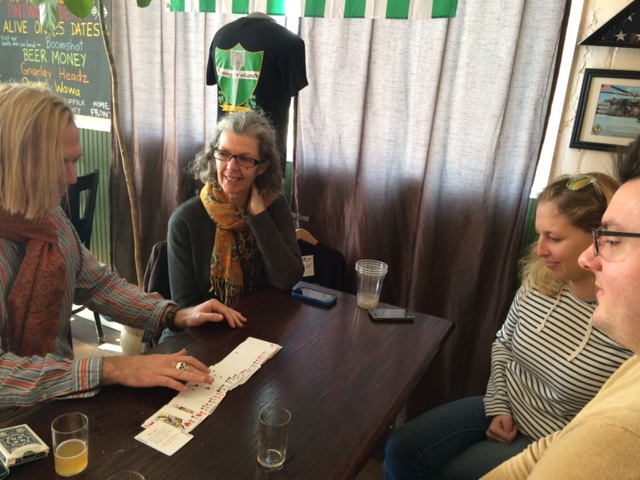 Speaking again of the atmosphere it was really refreshing to be in a brewery that didn't have one (or usually more) giant screen televisions with the "game on."  The feeling of community was strong and the brews and company were great making for a particularly satisfying, uniquely Long Island experience.

M& L
Posted by markandlynnarefamished at 7:56 AM