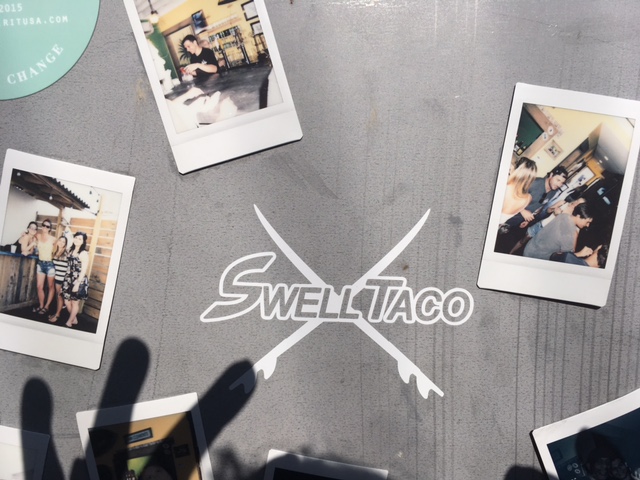 I had gotten Lynn take out at Swell Taco in Patchogue a couple of months ago and she was impressed by the fish tacos.  As a result and was sure she would like to dine there at some point.  Lynn, sometimes unsure of new places was hesitant to try Swell Taco out.  Finally though, the memory of the great fish tacos helped pave the way for our recent visit there. 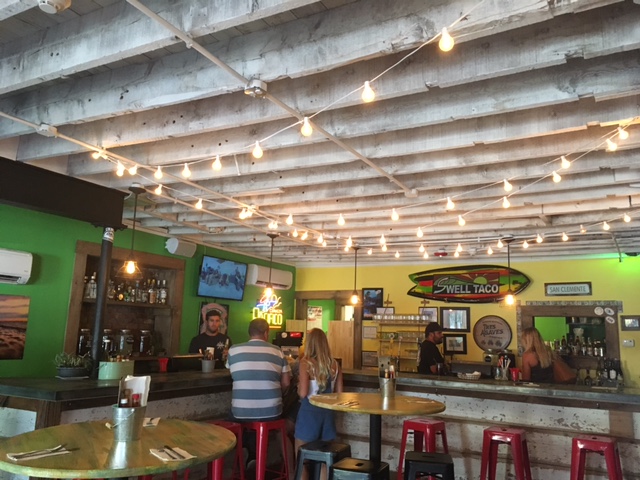 As soon as we entered Swell Taco became our new favorite place.  The ambiance took us far away from Long Island and transported us to a surf shack in Santa Cruz or Half Moon Bay.  A hypnotic surf documentary played on the flat screen near the entrance; a "Swell Taco" branded surfboard floated on the wall over the bar; the attentive staff sunburned and seemingly just off the beach; a back patio that is the epitome of surf chic. 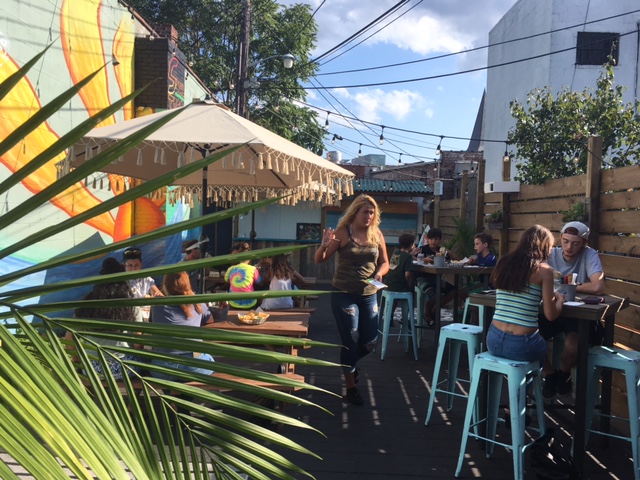 Oh right, the food. We loved our fish and shrimp tacos as steal at 3.99 apiece.  The drink menu was half off during happy hour and we were particularly impressed with the wine list which was exceptional for such a casual place.   We are looking forward to coming back for sure.... M&L
Posted by markandlynnarefamished at 6:53 AM