On our recent trip to Schenectady in Upstae New York we happened upon Great Flats Brewing.  I had actually noticed the place earlier in the day as it was conveniently situated next to the Yoga Studio that I managed to get to a couple of times over our out of town weekend. 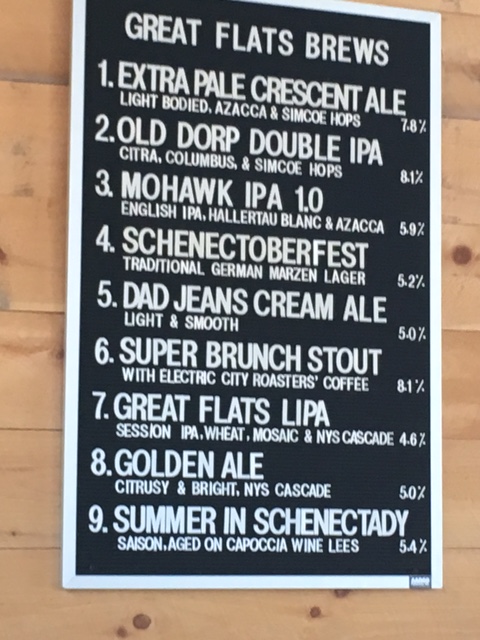 We had a flight of their offerings of which we particularly enjoyed "Summer in Schenectady" which was a Saison that was crisp and refreshing on an unseasonably warm Upstate New York Saturday (the "Great Flats IPA" the lowest alcohol offering that day was equally refreshing but with some appealing notes of pine). 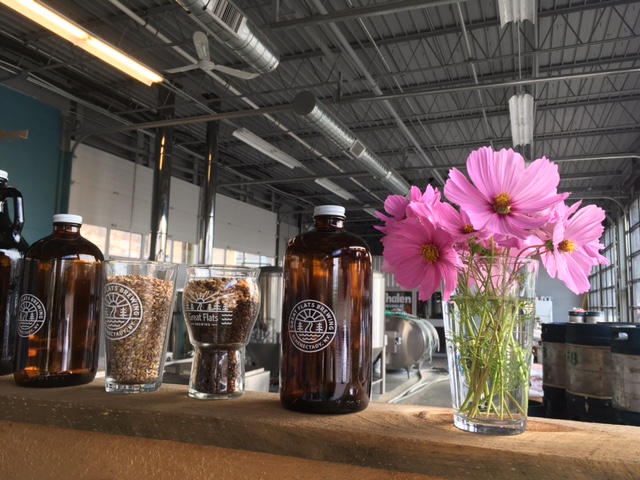 . In addition, the intereior, with its clean lines and open space was chic and cheerful; a counterpoint to some breweries which produce great beer but are lacking in atmosphere and aesthetics.  The staff was helpful in explaining some of the selections to us and amiable even on a busy afternoon perfect for drinking beer.

M& L
Posted by markandlynnarefamished at 11:19 AM