Mark and Lynn wind down the summer at Greenport Harbor Brewing.... 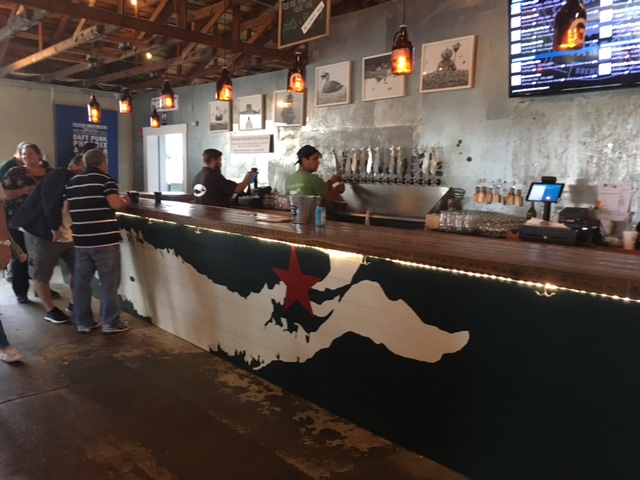 Lynn and our friends who are hardcore beer aficionados made a Labor Day trek to Greenport Harbor Brewing (there are two locations-we went to the tasting room in Peconic).  I had tasted a lot at Jamesport Brewery earlier in the day so I decided to take it easy at GHB.  I only had a pint of the wonderfully named "Devil's Plaything" which was an IPA uniquely infused with Thai Chili and Guajillo (this brew a collaboration with Michelin Star awarded April Bloomfield of The Spotted Pig and The Breslin for her new restaurant Salvation Taco). 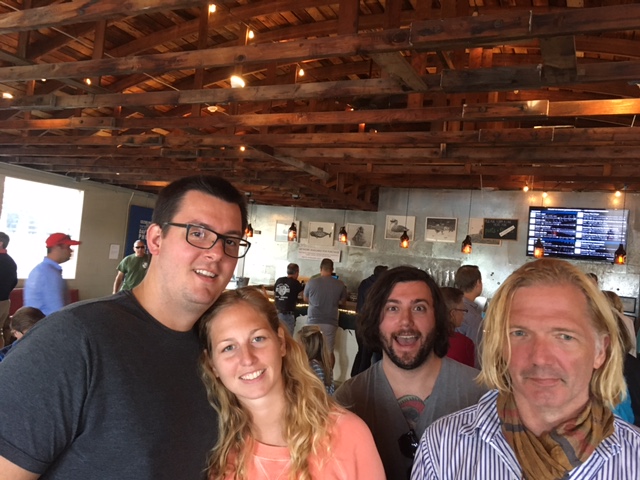 Predictably, the scene was raucous but somehow civilized.  There were a lot of families enjoynig themselves playing games of corn hole and super size jenga.  We look forward to returning and trying some of the breweries other offerings which seem particularly interesting such as the Mine De Fleurs which is a Grissette (similar to a Saison as I understand) infused with Lavender and Hibiscus.... M&L
Posted by markandlynnarefamished at 6:36 AM