Marti Buckley's Basque Country might be the most unique cookbook of the season... 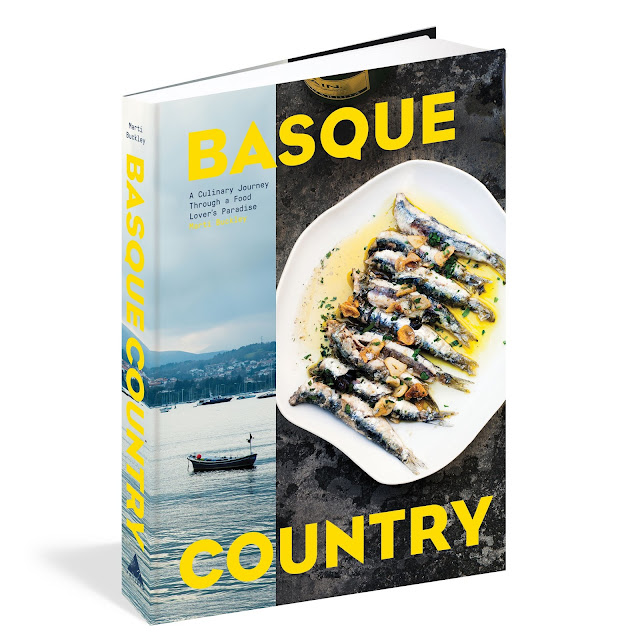 Marti Buckley's Basque Country: A Culinary Journey Through a Food Lover's Paradise (Artisan) is a handsome love letter to one of the most unique and underrated food regions in the World.  The Basque Country straddles the Northern Spain border with Southern France and has its own unique cultures, traditions and cusines.  Ms. Buckley' s blog Travel, Cook, Eat was a major source of information and inspiration when we were researching our trip to the Spanish town of San Sebastian whcih we visited in March of this year. 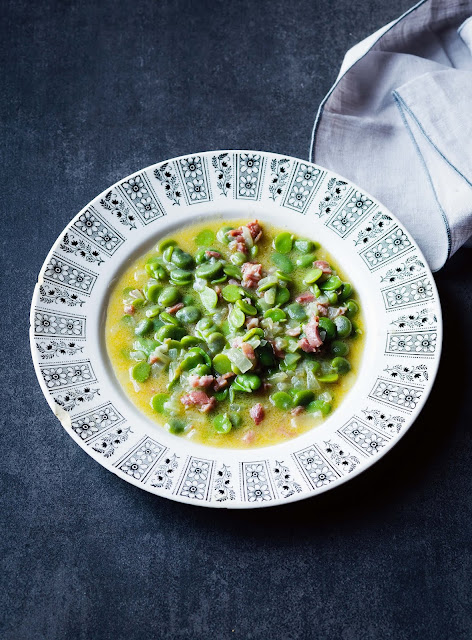 Basque Country, near San Sebastian located near the Bay of Biscay is blessed with abundance from the sea and it shows in its seafood influenced bar fare such as Pinxtos which are served as small plates of (for example) sardines, anchovies and the like served typically on small slices of bread, often as bar food.  Inland areas of the Basque Country are typically characterized by fresh and cured meats, vegetables, legumes and salted fish. Ms. Buckley breaks these regional differences and variations down with great skill and affection.
The recipes here fun the gamut from soups to steaks to salads.  Many of the recipes have an undeniably rustic quality refective of the region such as Grilled Sardines, Sauteed Gerinka Peppers, and Victoria Style Fava Beans.

Ms. Buckley includes asides about Basque culture, history and tradition which help put the recipes and the region's uniqueness in context.  She also includes desserts, and highlights some of of the unique drinks of the regions where red vermouth holds sway as the drink of choice.  One of the drink recipes she  features is an unusual combination of Red Wine and Cola which became our go to late Summer go to beverage. 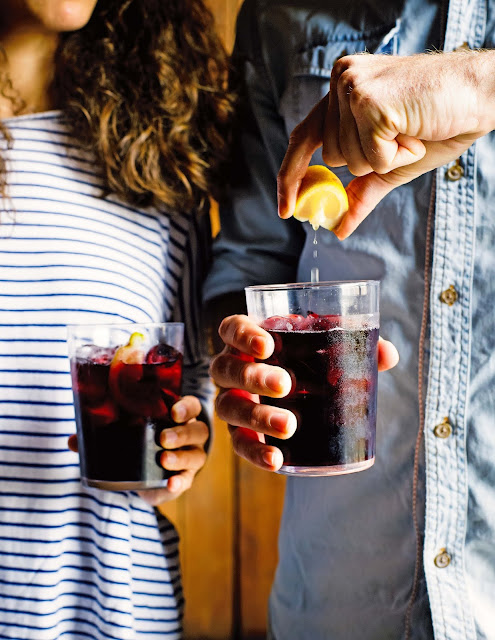 Ms. Buckley's work counts as one of, if not the most unique Cookbooks of the season and is handsome enough to moonlight as a coffee table book...M&L
Posted by markandlynnarefamished at 8:41 AM