Mark and Lynn dig the Stars Cafe on Shelter Island 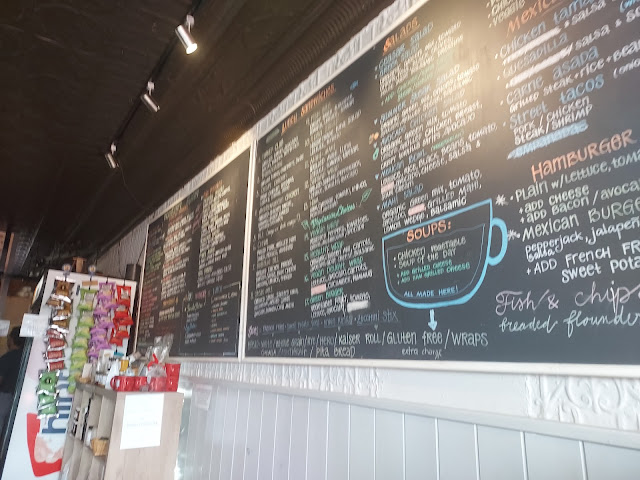 Lynn and I spent a decadent  mid-week day on Shelter Island recently and had one of the best, most surprising lunches we have had in a long time.  The cafe we usually frequent when we are on Shelter Island was closed which caused us to improvise and take a shot at dining at the Stars Cafe. 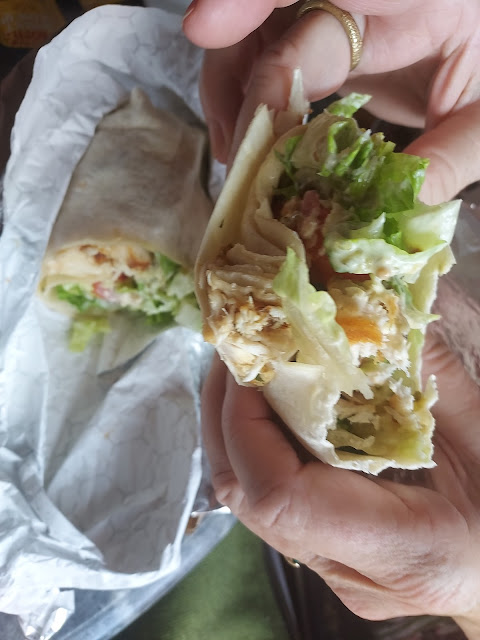 Particularly surprising was how busy the place was mid-week.  There was a lot of take out, presumably to be transported to the pool or beach as a picnic.  Despite the steady onslaught of patrons we were able to order quickly, find a seat and get served with admirable speed.  The cause of this was an unusually efficient and mindful staff who kept the flow of business going. 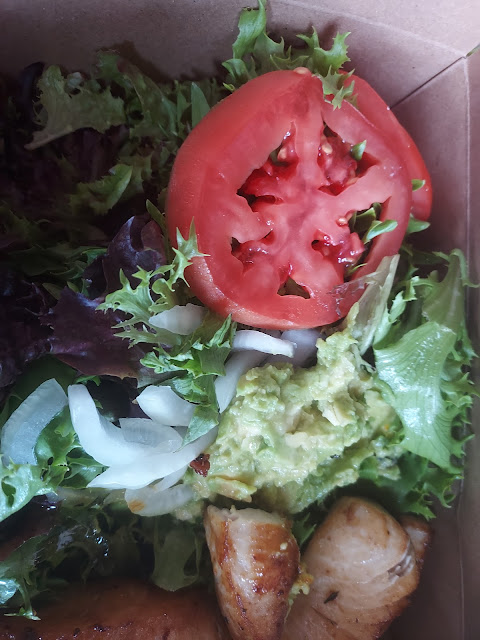 Lynn had a Mahi-Mahi wrap that had generous portions of fish and I had the Mahi salad which had the same liberal amount of fish and was complemented by a considerable amount of
fresh avocado.
Unlike other favorite restaurants of ours, Stars has a menu that is impressive in its variety and depth.  We look forward to trying other dishes there like the Avocado Chicken Salad, Carne Asada and Veggie Burger.
Posted by markandlynnarefamished at 12:39 PM